National Identity and Why It Matters

Reading: “The Man without a Country” By Edward Everett Hale

Materials Included | Begin by reading Edward Everett Hale’s “The Man without a Country” on our site or in your copy of What So Proudly We Hail.

Materials for this guide include background information about the author and discussion questions to enhance your understanding and stimulate conversation about the story. In addition, the guide includes a series of short video discussions about the story, conducted by Wilfred McClay (Hillsdale College) with the editors of the anthology. These seminars help capture the experience of high-level discourse as participants interact and elicit meaning from a classic American text. These videos are meant to raise additional questions and augment discussion, not replace it.

It is probably no accident that Edward Everett Hale (1822–1909) was a lifelong American patriot. He was the nephew of Edward Everett, renowned orator and statesman. And his father, Nathan Hale, was the namesake and nephew of Nathan Hale, executed by the British for espionage during the Revolutionary War and famous for his last words: “I only regret that I have but one life to lose for my country.”

As a Unitarian minister in Boston, as chaplain in the United States Senate, and as a prolific writer of essays and short fiction, Edward Everett Hale was a devoted activist, championing especially the causes of the abolition of slavery and the advancement of public education. “The Man without a Country,” his most famous story, was published anonymously in the Atlantic Monthly during the terrible days of Civil War, in 1863, the same year that President Abraham Lincoln issued the Emancipation Proclamation. 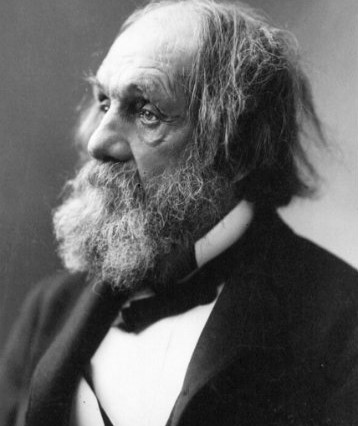 The plot of Hale’s story is straightforward: Seduced, “body and soul,” by the charm and grand vision of Aaron Burr, young Philip Nolan, an ambitious artillery officer in the “Legion of the West,” becomes a Burr accomplice (2–3). Tried for treason, “Nolan was proved guilty enough” (3). Still, no one would have heard of him “but that, when the president of the court asked him at the close, whether he wished to say anything to show that he had always been faithful to the United States, Nolan cried out, in a fit of   frenzy,—

His judges, half of them veterans of the Revolutionary War, are stunned. They decide to give him precisely what he has asked for: From that moment, September 23, 1807, until his dying day, May 11, 1863—nearly fifty-six years later—Nolan is literally, and figuratively, put out to sea. He never again sets foot on American soil; only as he is dying does he again hear anything about the United States. Yet during—and perhaps because of—his enforced separation from his native land, Nolan’s attitude toward her changes dramatically. The rest of the story powerfully shows how his transformation comes about.

The story has a historical setting, but it is almost entirely fictional. Hale tells us his purpose both in the story proper and in the introduction he wrote for it twenty years after publication, to correct public misperceptions of the story’s historicity. In the text, the narrator, Fredric Ingham, says that his purpose is to show “young Americans . . . what it is to be A MAN WITHOUT A COUNTRY” (2). In the later introduction, Hale reports that he had hoped the story would be published before the 1863 elections, as he intended it not only “as a contribution, however humble, towards the formation of a just and true national sentiment, or sentiment of love to the nation,” but also as “‘testimony’ regarding the principles involved in [the election].” He had especially in mind the notorious activities of Clement Vallandigham, an ardent antiwar, pro-Confederate Ohio Democrat, then running for governor of Ohio from his exile in Canada. Some people believe that Hale’s story was in fact inspired by Vallandigham’s widely publicized assertion that he did not want to belong to the United States.

Only a couple of historical facts inform this otherwise fabricated tale about a purely fictitious character. After Aaron Burr left the vice presidency in 1805, he did make two trips down the Mississippi. Also, he and his accomplices were tried for treason. Burr was accused of a conspiracy to steal the Louisiana Purchase lands away from the United States and to crown himself as king or emperor. Despite the fact that US President Thomas Jefferson threw his full weight against Burr, the evidence available did not hold up in court, and Burr was acquitted. Not so for Philip Nolan, the fictitious protagonist of Hale’s story. Appreciating Nolan’s story requires us to try to understand, from the text alone, the young Nolan, the fate he was made to suffer, and his responses to it, from beginning to end. We need also to reflect on Hale’s stated purpose for writing the story.

WATCH: Who is Philip Nolan? Why is he attracted so quickly to Aaron Burr, the man and, later, to his cause?

B. Charting Nolan’s Changing Attitude toward Home and Country

About each of the following incidents, please consider these general questions:

Nolan’s receipt of the “sword of ceremony” for his splendid and courageous action in the frigate (=warship) duel with the English (11–12).

Nolan’s deathbed exchange with Danforth and the “little shrine” in his stateroom (20–23).

WATCH: How does Nolan's punishment affect him?

WATCH: Is its Civil War background important for understanding the story's meaning? 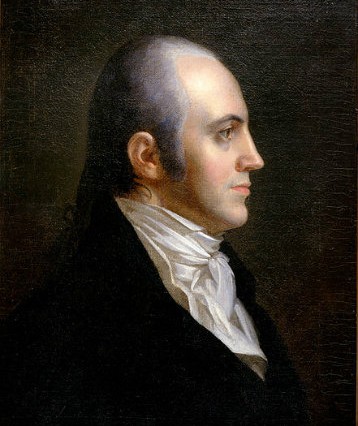 Hale’s story, the first entry in What So Proudly We Hail, appears under the first and overarching theme of the anthology: “National Identity: Why Should It Matter?” Since the story’s first appearance, many people have been moved by it to patriotic feeling. But as many have rightly noted, throughout the story Hale uses the word “country,” not “nation.” Many have thus wondered whether, and in what way, the story is particularly about American national identity and how it works to promote it. These questions also arise when one notes that in the fourth and fifth incidents cited above—Nolan’s encounter with the newly freed African slaves and his subsequent impassioned speech to Fred Ingham—the emphasis is on home as the place of one’s own, not as the embodiment of political institutions devoted to the idea or fact of freedom. One’s country is spoken of as alma mater (Latin: “the nourishing mother”)—the source of one’s life, love, and rearing, in a particular place, in a particular time—but not as a people looking up to particular ideals. What, then, is it that makes for national identity? How should one speak about it? What does it mean if one cannot speak or hear about it? These are among the larger issues that the story raises for our consideration.

A. Human Being and Citizen
Video Excerpt 1

WATCH: Does Nolan's longing for “home” differ in any way from the longing for home of the newly freed slaves?

WATCH: Can love of principles suffice to make attached citizens?

B. Speaking, Hearing, and National Attachment

For these questions, consider the story in conjunction with Abraham Lincoln’s First Inaugural.

WATCH: What is lost by the absence of shared speech about one’s country? Continue on to The Meaning of America - Sesssion 2: Freedom and Individuality