Making One Out of Many

Reading: “The Namesake” By Willa Cather

Materials Included | Begin by reading Willa Cather’s “The Namesake” on our site or in your copy of What So Proudly We Hail.

Materials for this guide include background information about the author and discussion questions to enhance your understanding and stimulate conversation about the story. In addition, the guide includes a series of short video discussions about the story, conducted by William Schambra (Hudson Institute) with the editors of the anthology. These seminars help capture the experience of high-level discourse as participants interact and elicit meaning from a classic American text. These videos are meant to raise additional questions and augment discussion, not replace it.

Willa Sibert Cather (1873–1947), one of America’s most beloved authors, is best known for her novels depicting the lives of people who settled the American heartland and the Southwest: O Pioneers!, My Ántonia, A Lost Lady, and Death Comes for the Archbishop. Her life, like her writing, crisscrossed much of the United States. Born in Virginia, Cather grew up in Nebraska and graduated from the University of Nebraska. She then worked as a journalist and as a teacher in Pittsburgh, before moving to New York in 1906 where she lived the rest of her life, but making long visits back to the Midwest, to the Southwest, and to California.

Scholars have suggested that “The Namesake” (written in 1907) has autobiographical significance: Cather’s maternal uncle, William Seibert Boak, died in the Civil War (fighting for the Confederacy), and Cather gave herself a slightly modified version of his middle name. But in the story itself, the earlier death of a (Union) Civil War hero becomes the centerpiece of a moving exploration of American national identity and of the vocation of the artist in relation to his country. Like her protagonist, Lyon Hartwell, Cather visited Paris and fell in love with it. She also greatly admired Henry James, who wrote extensively about America while living as an expatriate abroad. But unlike both Hartwell and James, Cather always made America her home. 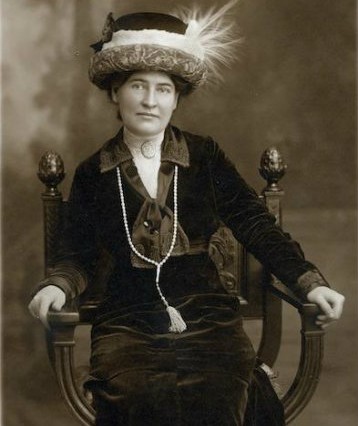 The story is set in Paris at the turn of the 20th century. Seven young American students, aspiring artists all, gather in the apartment-studio of the great sculptor Lyon Hartwell on a night when one of them, Charles Bentley, is departing for home. On display in the apartment, ready for casting, is Hartwell’s latest statue, “The Color Sergeant,” a work that draws the admiration—and envy—of the students. Challenged by Bentley to explain where he gets “the heat to make an idea like that carry,” Hartwell tells his young admirers the story of his own American “homecoming.”

Born in Italy to a self-exiled (and ultimately unsuccessful) American artist, Hartwell was orphaned by age 14. Still, he remained in Rome, studying sculpture, attempting to fulfill his father’s artistic ambitions for him, later moving to Paris to continue his artistic career. Ten years later, on the cusp of some success, he was, he says, “almost for the first time . . . confronted by a duty which was not my pleasure”: his grandfather died, leaving his father’s ailing maiden sister alone (5).

Intending to bring his aunt back to Paris, Hartwell journeyed to his father’s and grandfather’s birthplace—and to America—for the first time. Quickly realizing that it would be cruel to uproot his aunt, he remained in America two years, waiting for her illness to run its course. There he languished, feeling utterly estranged from the old family home and from the bustling industrial world encroaching upon it. One thing only drew him near: the portrait of his “boy uncle,” his father’s half-brother and his namesake. The uncle’s face reminds him of his father, but of his “father transformed and glorified; his hesitant discontent drowned in a kind of triumph” (7). Determined to learn what his boy uncle, dead at the age of 16, had found to make him look as he did, he tracks down the story of how he enlisted in the Civil War at age 15, became color sergeant of his regiment, and fell in a charge the next year, both his arms dismembered but covered by the Federal flag he had been carrying. He found no further clues about his uncle until the next Memorial Day, when his aunt, who seemed to live for this day, insisted that he retrieve the big flag from the attic and run it up the flagstaff, located in the garden beside the locust tree Uncle Lyon had planted long ago.

In the attic, Hartwell found a trunk with his “own” name on it. Later that night, he returned to the attic, opened the trunk, and found many of his uncle’s things. Among them was his uncle’s copy of Virgil’s Aeneid (a Latin epic poem that tells the legendary story of Aeneas, a Trojan who left the ruins of Troy and traveled to Italy, where he became the founder of Rome), inside of which his namesake had drawn the Federal flag (initialed and dated 1862, the year before his enlistment), and above which he had written the first two lines of Francis Scott Key’s poem,“The Star Spangled Banner.” “I seemed . . . at last to have known him,” he says, “in that careless, unconscious moment. . . as he was then” (10). Hartwell spends the rest of the dark and ominous night of Memorial Day sitting next to the locust tree, the flag, barely visible, continuing to flap overhead. There he experienced, he says, “the feeling that artists know when we, rarely, achieve truth in our work; the feeling of union with some great force, of purpose and security, of being glad that we have lived.” Sitting there until the dawn’s early light, he felt, for the first time “the pull of race and blood and kindred, and felt beating within me things that had not begun with me” (11). He concludes with an image of his rebirth as an American, rooted in the American soil.

Hartwell finishes his personal story. His young admirers sit in silence. Bentley’s cab arrives to start him on his voyage home to America.

The story raises many interesting questions about its main character, and especially about his identity as an American and as an artist.

A. Hartwell in Paris
Video Excerpt 1

WATCH: Describe Lyon Hartwell. Hoes does he appear to his young American admirers, and why?

WATCH: Why is Lyon Hartwell so attracted by the portrait of his namesake?

WATCH: What happens to Hartwell on the night of Memorial Day? What does he learn about himself?

WATCH: Why does Lyon Hartwell return to live and work in Paris?

WATCH: What picture of America does Hartwell offer in his statues?

WATCH: What is the meaning of the title? Who or what is a “namesake”? 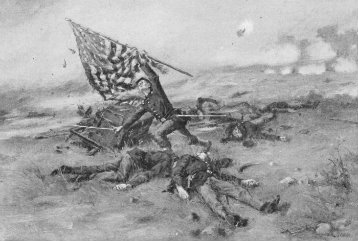 The plot of the story, as already noted, invites attention to several large themes, among them the nature and basis of American identity, the relation of art (and stories) to American identity, and the meaning and importance of the American flag.

B. Art, Stories, and American Identity

WATCH: What role does the flag play in Hartwell’s process of self-discovery? 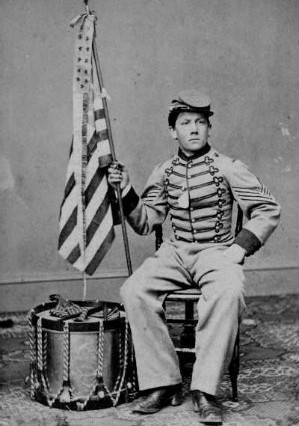 This is the last session. Return to the curriculum.