Reading: “A Jury of Her Peers” By Susan Glaspell

Materials Included | Begin by reading Susan Glaspell’s “A Jury of Her Peers” on our site or in your copy of What So Proudly We Hail.

Materials for this guide include background information about the author and discussion questions to enhance your understanding and stimulate conversation about the story. In addition, the guide includes a series of short video discussions about the story, conducted by Christopher DeMuth (Hudson Institute) with the editors of the anthology. These seminars help capture the experience of high-level discourse as participants interact and elicit meaning from a classic American text. These videos are meant to raise additional questions and augment discussion, not replace it.

Susan Glaspell (1876–1948) was a Pulitzer Prize–winning playwright and novelist; a writer of short stories; and, for a short while, a journalist. She was born in Davenport, Iowa, attended Drake University in Des Moines, and worked for several years as a reporter at the Des Moines Daily News and other local newspapers, but she discovered early on that her interest was in writing fiction. Her first novel, The Glory of the Conquered (1909), became a national bestseller and drew a rave review in The New York Times. Subsequent novels in the early teens did almost as well.

In 1915, she was introduced to and fell in love with George Cram Cook, a wealthy, young rebel from Davenport. He came from a well-to-do background, but he was a philosophical radical, a leftist, and a sometime professor of philosophy at the University of Iowa and at Stanford University. Glaspell and Cook eventually moved to the East Coast, where they married and fell in with a set of avant-garde intellectuals. In 1915, they founded the Provincetown Players, a theater company located on Cape Cod, Massachusetts, which would have an important role in the history of the American theater. The company helped to launch the career of Eugene O’Neill, among others who went onto greater renown.

Glaspell also wrote plays for the Provincetown Players and became one of its most important actresses. Her 1931 play Alison’s House, based loosely on the life of Emily Dickinson, won the Pulitzer Prize for Drama. In her later years, in the 1940s, she returned to her Midwestern roots, living in Chicago and back in Davenport, but toward the end of that decade, she returned to Provincetown, where she died in 1948.

Although she was widely regarded during her lifetime, Glaspell is little read or performed today, with one major exception: “A Jury of Her Peers” (1917). It was adapted from her one-act play, “Trifles,” written and produced in Provincetown a year earlier. Set in the rural Midwest, it was inspired by an actual murder that took place in Iowa in 1900, which Glaspell had covered for the Des Moines Daily News. The short story was an immediate hit. It was anthologized in that year and in many, many years throughout her lifetime. It was rediscovered in the 1970s by the feminist movement and has become a staple of women’s studies courses in colleges and universities in recent decades. In 1980, it was made into a movie and nominated for an Academy Award for Best Dramatic Live-Action Short. 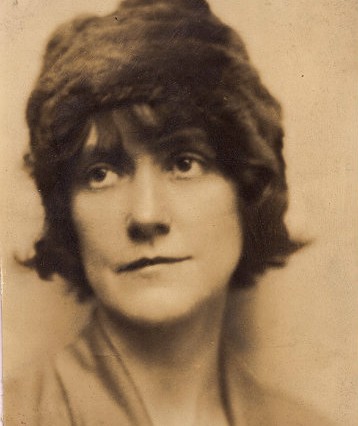 Although the issues it raises are complex, the gist of the story is simple: Law enforcement officials and a key witness, joined by the wives of the sheriff and the witness, search the domestic scene of a crime, seeking clues to why the woman of the house might have murdered her husband. A farmer, John Wright, had been found—by a visiting neighbor, Mr. Hale—strangled to death by a rope in his bed. His wife, Minnie (née Minnie Foster), has been arrested, jailed, and accused of the murder. The story takes place the next day, when Sheriff Peters and the county attorney (Mr. Henderson), accompanied by Mr. Hale, visit the Wright house, seeking evidence that might convict the accused. Martha Hale, Mr. Hale’s wife, is summoned by Sheriff Peters to accompany his own wife as she gathers some things from the house to bring to Mrs. Wright in jail. The two women, formerly unfamiliar to each other, spend their time downstairs, looking through “kitchen things” and the like—dismissed by the men as mere “trifles”—while the “real” investigators search the bedroom upstairs and the outside barn. The men come up empty. The women do not. More penetrating in their vision, they piece together the sort of married life Mrs. Wright had lived. And, following up on a series of clues—including unfinished work in the kitchen; some crooked stitching on the quilt she had been sewing; a broken door hinge on an empty bird cage; and, finally, the corpse of a strangled canary—they also reconstruct Minnie Wright’s motive. In silent collusion, Mrs. Hale and Mrs. Peters choose not to disclose the clues that reveal the motive, thereby constituting themselves as a jury and tacitly acquitting Minnie of any wrongdoing.

To better appreciate what Susan Glaspell is doing in her tale, it is helpful to know about the true story that inspired it. On December 2, 1900, John Hossack, a well-regarded farmer, was murdered with an axe while sleeping in bed with his wife, Margaret Hossack. Convicted of the murder, Mrs. Hossack was sentenced to life in prison. But on appeal a year later, she was released for lack of sufficient evidence. The mystery of John Hossack’s death was never solved. Transforming the real case into fiction, Glaspell takes the liberty of supplying the missing evidence and motive, as a result of which the characters, the crime, the search for the evidence, and the judgment rendered appear in a very different light.

More important, the fictional story—with its provocative title—raises large questions about law and justice and about judgment and punishment, questions very much alive today. It also raises questions about the role of gender in relation to law and justice: when the Iowa crime was committed, and even when the story was published, women in Iowa were not yet allowed to vote or serve on juries. For this reason, some people treat Glaspell’s story largely as a political protest on behalf of women’s rights. But in the story itself, the gender issues are much richer and subtler.

A. The Characters and the Setting
Video Excerpt 1

WATCH: What is life like in this time and place?

B. The Crime
Video Excerpt 2

WATCH: What (and who) is responsible for the death of Mr. Wright?

C. Men and Women, and the Search for Evidence
Video Excerpt 3

WATCH: Why are the women better able than the men to discover the motive for the murder?

WATCH: Why do the women withhold the evidence that would have supplied the motive? 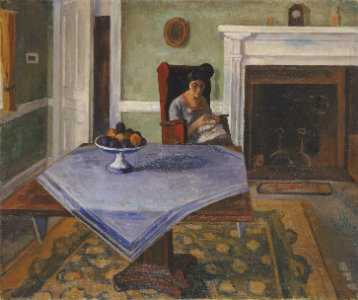 The story raises questions less about the justice of the law and more about its proper enforcement, less about the obligation to obey it and more about how—and who is—to judge those who may have violated it. It is commonly thought that we are legally entitled to a trial by a jury of our peers (or “equals”). But the United States Constitution, in its Sixth Amendment, simply guarantees the right to “a speedy and public trial, by an impartial jury of the State and district where the crime shall have been committed” (emphasis added). And the 14th Amendment to the Constitution adds only that no State shall “deprive any person of life, liberty, or property, without due process of law” (emphasis added). The notion of a “jury of one’s peers” has its origins in the Common Law; it can be traced back to the Magna Carta (1215), chapter 39 of which states that “No freeman shall be taken or imprisoned or outlawed or exiled or in any way destroyed . . . except by lawful judgment of his peers or by the law of the land” (emphasis added). (“Peers” in this context meant members of the same class. Notice, too, that “judgment of his peers” is not the same as our (right to) trial by jury: Judgment by one’s peers is not required if the person has clearly violated the law of the land.) In the United States in recent decades, there has been much controversy about jury selection and jury composition, and there have been famous cases of what is called “jury nullification,” where juries choose to ignore the weight of the evidence and reach a verdict in favor of a defendant for whom they have greater sympathy. With this background, consider the following questions.

A. Civic Obligation and Law Enforcement
For these questions, consider the story in conjunction with Abraham Lincoln’s “The Perpetuation of Our Political Institutions.”
B. Understanding, Empathy, and Judgment
Video Excerpt 1

WATCH: To what extent do or should a suspect’s circumstances and motives excuse the commission of a crime?

C. Who Should Judge?
Video Excerpt 2

WATCH: What is the meaning of the story’s title? 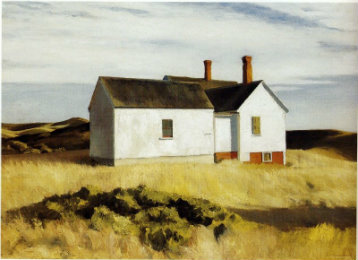 Continue on to The Meaning of America - Sesssion 8: Courage and Self-Sacrifice (Part 1)