Materials Included | Begin by reading Michael Shaara’s “Chamberlain” on our site or in your copy of What So Proudly We Hail.

Materials for this guide include background information about the author and discussion questions to enhance your understanding and stimulate conversation about the story. In addition, the guide includes a series of short video discussions about the story, conducted by Eliot A. Cohen (Johns Hopkins SAIS) with the editors of the anthology. These seminars help capture the experience of high-level discourse as participants interact and elicit meaning from a classic American text. These videos are meant to raise additional questions and augment discussion, not replace it.

“Chamberlain” is a chapter from The Killer Angels, the Pulitzer Prize-winning historical novel about the Battle of Gettysburg by Michael Shaara (1928-88). Previously a prolific writer of science fiction and sports stories, Shaara was inspired to write the novel after discovering letters written by his great-grandfather, who had been injured at Gettysburg as a member of the Fourth Georgia Infantry, and after personally visiting the battlefield. Shaara’s narrative is organized into four days—June 30, 1863, the day on which Union and Confederate armies move into Gettysburg; and July 1, 2, and 3, the days of the bloodiest battle of the Civil War—and each day’s events are told from the perspective of one of the commanders of the competing armies. Shaara’s chapter “Chamberlain” focuses on Colonel Joshua Lawrence Chamberlain (1828-1914), commanding officer of the Twentieth Maine, and his efforts (on June 30) to encourage mutineers to re-join the battle. As Shaara will recount in a later chapter, Chamberlain, his regiment out of ammunition, would lead a bayonet charge against the enemy, enabling the Union army to hold Little Round Top and ultimately to win the battle. Not reported by Shaara are the various honors Chamberlain received: For his leadership at Gettysburg and elsewhere, he was, during the war itself, sequentially promoted, eventually achieving the rank of brigadier general. For his heroism at Little Round Top, he was awarded the Congressional Medal of Honor. And, at the very end of the war, he was given the honor of receiving, at Appomattox, the surrender of the Confederate infantry. After the Civil War, Chamberlain was elected to four terms as governor of Maine, following which he returned to his alma mater, Bowdoin College, as its president. He died of the unhealed wounds he incurred during his war years. 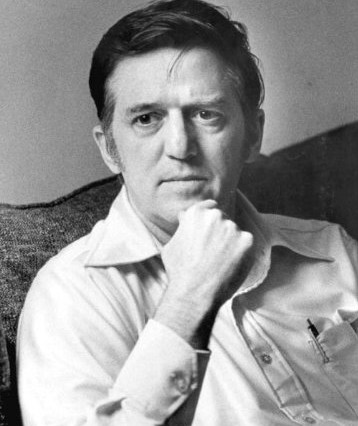 Colonel Joshua Lawrence Chamberlain, commanding officer of the Twentieth Maine, is abruptly awakened early in the morning by his aide, Buster Kilrain, who tells him that he is about to receive as prisoners 120 battle-weary veterans from the old Second Maine, recently disbanded, who refuse to fight. The advance message indicates that the men are to do their duty, and, if they don’t, Chamberlain is authorized to shoot them.

Chamberlain faces a dilemma: he lacks the manpower to guard and care for the mutineers, but he knows that, since the mutineers are, like himself, Maine men, shooting them would make it impossible for him to go home. The mutineers arrive shuffling, dusty, dirty, ragged, heads and faces down, clearly weary, hungry, and exhausted. They look, as they have been treated, like men in bondage. Chamberlain is immediately aware of the irony of his situation: “How do you force a man to fight—for freedom?” How, then, to persuade them to do so?

Chamberlain first invites the hungry men to eat. As they do so, he listens to their spokesman, Joseph Bucklin, who presents their grievances: They had signed up to fight with the Second Maine and only the Second Maine; they are war-weary and had already done their share (eleven engagements worth); they have been treated like cows and dogs or worse; and (last but not least), because of the “lame-brained officers from West Point,” they are convinced that the Union cannot win the war. They are therefore more than ready to give up the fighting and go home. As Chamberlain listens, a courier arrives to announce that the Twentieth Maine must ready itself to move out immediately—toward Gettysburg. Now urgently needing a solution for his dilemma, Chamberlain goes directly to speak to the mutineers.

Proceeding slowly, quietly, deliberately, and personally, he addresses the mutineers as the free men he knows them to be, enabling them to think anew about why they—and other civilian volunteers in the Union army—had come to fight, and making it clear to them that whether they fight again is up to them. All but six “reenlist” with his regiment. In the end, we subsequently learn, only three held out.

(View Jeff Daniels’ performance of the speech from the 1993 film adaptation, Gettysburg.)

The historical Chamberlain was, as noted above, a hero at Gettysburg. But in Shaara’s rendering of him, he seems more like a mild-mannered professor than a steely warrior and appears to be more sympathetic toward the mutineers than a man in his position is likely to have been. Yet his speech to the mutineers is wonderfully successful, far more than he had reason to hope. Thinking carefully about the text may help us understand why.

WATCH: What kind of person is Joshua Lawrence Chamberlain?

B. The Mutineers
Video Excerpt 2

WATCH: What are the mutineers’ grievances?

WATCH: How does Chamberlain respond to the mutineers?

WATCH: What case does Chamberlain make to the mutineers? Shaara’s “Chamberlain” invites questions about the importance of courage and public-spiritedness, as well as the difficulty in obtaining them. It also raises interesting questions about leadership and about the military in American society.

WATCH: What is courage? What makes it so difficult?

B. Leadership and the Military 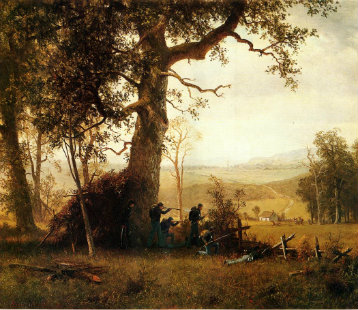 Continue on to The Meaning of America - Sesssion 9: Courage and Self-Sacrifice (Part 2)