A sestina is a structured poem consisting of six stanzas of six lines each, followed by a final three-line stanza, for a total of 39 lines in the poem. The end-words of the first stanza are used, in a set pattern, to end lines in the remaining five stanzas. For example, if the first line of the poem ends in the word “peace,” “peace” will be used to end the second line of the second stanza. In this 1956 poem, Elizabeth Bishop (1911–79) uses the fixed form of the sestina to discuss the fixed form of seasons, as described by the almanac.

Born in Worcester, Massachusetts, Bishop spent much of her youth living in Nova Scotia with her grandparents after her father died and her mother was committed to a mental institution. She returned to the United States to attend high school and, later, Vassar College, where she and a group of friends started the literary journal Con Spirito. After graduating, she traveled extensively in Europe and northern Africa. In 1938, she published her Pulitzer Prize-winning collection of poetry North and South, and in 1970 she received a National Book Award in Poetry for The Complete Poems.

In “Sestina,” Bishop tells of a grandmother and child having tea. As you read the poem, pay attention to how Bishop uses the same words in each stanza, yet evokes slightly different meanings with each repetition. What different roles, for example, does the almanac play throughout the poem? What about the tears? What does the poem say about the seasons of life? How does Bishop use the structure of the poem to tell her story?

September rain falls on the house.
In the failing light, the old grandmother
sits in the kitchen with the child
beside the Little Marvel Stove,
reading the jokes from the almanac,
laughing and talking to hide her tears. 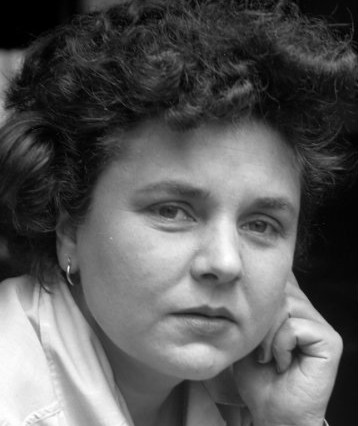