The USS Constitution was one of the original six frigates of the United States Navy, commissioned by the Naval Act of 1794. It was given the nickname of “Old Ironsides” after its victorious naval battle with the HMS Guerriere during the War of 1812.

In September 1830, the Boston Daily Advertiser announced that the Navy planned to dismantle the historic warship. Oliver Wendell Holmes Sr., a prominent Cambridge physician and author, read about the ship’s fate, and immediately wrote the poem “Old Ironsides” to protest its scrapping. The poem was published in the Advertiser the very next day, and was soon reprinted by papers in New York, Philadelphia, and Washington, DC. Holmes’ poem, and the resulting public outcry, saved the ship from destruction, and it is now the oldest commissioned ship in the world still afloat.

What reasons does Holmes give for preserving the ship? Why is the USS Constitution, in particular, deserving of special honors? Does she hold a unique place in American memory? (Note that the five other frigates of the original six were broken up.) Why does Holmes argue that it would be better to sink the ship than allow it to be scrapped? In what ways would this be a more fitting demise? Why do you think this poem was successful in arousing public sentiment against the ship’s dismantling? Do you think the USS Constitution deserved saving? Why or why not?

Ay, tear her tattered ensign down!
Long has it waved on high,
And many an eye has danced to see
That banner in the sky;
Beneath it rung the battle shout,
And burst the cannon’s roar;—
The meteor of the ocean air
Shall sweep the clouds no more.

Her deck, once red with heroes’ blood,
Where knelt the vanquished foe,
When winds were hurrying o’er the flood,
And waves were white below,
No more shall feel the victor’s tread,
Or know the conquered knee;—
The harpies of the shore shall pluck
The eagle of the sea!

Oh, better that her shattered bulk
Should sink beneath the wave;
Her thunders shook the mighty deep,
And there should be her grave;
Nail to the mast her holy flag,
Set every threadbare sail,
And give her to the god of storms,
The lightning and the gale! 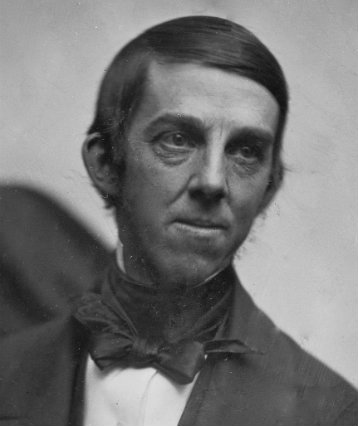