Robert Hayden’s 1947 sonnet “Frederick Douglass” pays tribute to a contemporary of Abraham Lincoln. Like the last selection, it asks why, and how, great men should be remembered.

Born Asa Bundy Sheffey, poet Robert Hayden (1913–80) grew up in a poor neighborhood in Detroit called Paradise Valley. Unable to play sports because of severe myopia, he spent much of his time reading. After graduating from high school in 1932, Hayden attended Detroit City College on scholarship, but left still needing one credit to complete his degree. He worked as a writer for several years at the Detroit Branch of the WPA Writers project, researching African American history. In 1940, Hayden published his first book of poetry, Heart-Shape in the Dust. Soon after, he began a graduate program in English literature at the University of Maryland, where he studied with W. H. Auden. Despite criticism from other African American writers, Hayden refused to self-identify as a black writer, believing that poetry should not be judged by racial or political criteria. Hayden received the Academy of American Poets Fellowship in 1975 and became the first African American writer to be appointed as Consultant in Poetry to the Library of Congress (now known as the Poet Laureate) in 1976.

According to the poem, why, and how, should Frederick Douglass be remembered? What is the ultimate nature of his legacy? Do you agree with the poet that Douglass is better remembered by the lives of future generations than by “statues’ rhetoric . . . legends and poems and wreaths of bronze”? Give your reasons. If you do agree, why then do you think Hayden writes a poem paying tribute to Douglass? How can liberty be a “beautiful and terrible thing”? How does it change to the “beautiful, needful thing”?

1 Diastole is the period of time when the heart refills with blood after systole(contraction). Return to text. 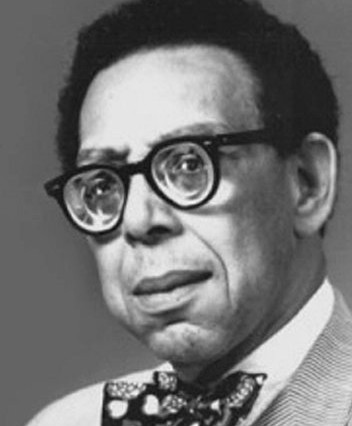