Maya Angelou (b. 1928–) was born in St. Louis, Missouri as Marguerite Johnson. When she was eight years old, she was raped by her mother’s boyfriend, who was killed soon after his release from jail—probably by members of Angelou’s family. As a result, she became mute for almost five years, believing that her voice had killed the man. During the 1950s and 1960s, she participated in the Civil Rights Movement, serving as a coordinator for the Southern Christian Leadership Conference. In 1969, she published her autobiography, I Know Why the Caged Bird Sings, and wrote several books of poetry in the 1980s and 1990s, including Shaker, Why Don’t You Sing? (1983), I Shall Not Be Moved (1990), and A Brave and Startling Truth (1995).

In the poem “Caged Bird,” published first in Shaker, Why Don’t you Sing?, Angelou draws from, and responds to, Paul Laurence Dunbar’s 1899 poem “Sympathy.” In that poem Dunbar writes:

I know what the caged bird sings, ah me,
When his wing is bruised and his bosom sore,—
When he beats his bars and he would be free;
It is not a carol of joy or glee,
But a prayer that he sends from his heart’s deep core,
But a plea, that upward to Heaven he flights—
I know why the caged bird sings!

In the final stanza of Angelou’s poem, she concludes:

The caged bird sings
with a fearful trill
of things unknown
but longed for still
and his tune is heard
on the distant hill
for the caged bird
sings of freedom.

A free bird leaps
on the back of the wind
and floats downstream
till the current ends
and dips his wing
in the orange sun rays
and dares to claim the sky. 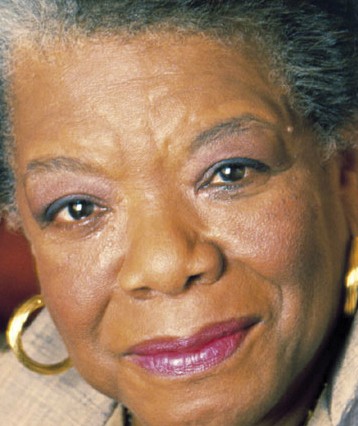