On Wednesday, May 2, 2012, American educator Leon R. Kass (b. 1939) delivered the 2012 Irving Kristol Lecture at the American Enterprise Institute Annual Dinner in Washington, DC. In his remarks, titled “The Other War on Poverty: Finding Meaning in America,” Kass considers “the growing gap between our thriving capitalist economy and our unraveling bourgeois culture. . . . Are we Americans, despite our continuing freedom and prosperity, really losing the quest for a meaningful life?” In addressing this question, Kass surveys four realms in which meaning can still be found in order “to live a life that makes sense”: work; love and family; community and country; and the pursuit of truth. This excerpt describes how work, properly understood, can serve as both “a spiritual as well as a bodily exercise.”

What arguments does Kass offer to support his claim that work can be intrinsically satisfying and a source of meaning for our lives? In apparent disagreement with Samuel Gompers, who complained (see “What Does the Working Man Want?”, above) that the American worker lives to work instead of working to live, Kass endorses the English writer Dorothy Sayers’s view that we should regard work as “not, primarily, a thing one does to live, but the thing one lives to do.” What is to be said for, and against, this idea of work and its satisfactions? Can we generalize, to other lines of work, Kass’s story about the attitudes of the three laborers? Would Studs Terkel’s stonemason fit this picture?

Nearly all Americans must work to live. But there is also virtue in this necessity. Above and beyond the benefits of remuneration, there is dignity in earning a livelihood, in providing by oneself not only for oneself but also and especially for one’s family. Among the rising generations, gainful employment is an early sign of maturity and the first step toward self-reliance. Holding down a job requires not only know-how and competence, but also the virtues of diligence, dependability, and the exercise of personal responsibility. For any self-respecting adult seeking work, unemployment, even if compensated, is demoralizing, degrading, and dehumanizing—as the present economic troubles have sadly reminded us.

Yet there is something missing from a purely economic account of work and even from the moral praise of industriousness and self-reliance, especially if we are looking to work as a possible source of meaning. For this we need an account of work seen as intrinsically satisfying, quite apart from the income it produces or the virtues it engenders. We need to consider work, as Dorothy Sayers put it, “not, primarily, a thing one does to live, but the thing one lives to do.” Work enables us to utilize and to most fully express our God-given talents, gaining meaning for our lives from fulfilling our natures, from seeing our work well done, and from delighting in the gifts our work provides to a world that needs and appreciates them.

True enough, for many people, work is irksome, a mere “job,” worth only the wages it earns or the leisure it makes possible. (The word “job,” you might like to know, originally meant a mere “piece or gob of work,” defined in Samuel Johnson’s dictionary as “a low mean lucrative busy affair; petty, piddling work.”) True, too, not everyone can find work to which he or she is well suited, never mind called. Still, these empirical difficulties do not affect the main point: real work can—and for many people still does—provide a life that makes sense, a life of intrinsic meaning and purpose, a life that lifts the worker to the fullness of his or her being, and beyond. Most readers of these pages are blessed with work of that sort. And all of us have encountered the joy of work among artists and artisans, teachers and nurses, firemen and police, soldiers and social workers, businessmen and clergy, and a myriad other occupations, from the lofty to the low. For finding meaning in work generally depends less on the external task and more on one’s attitude and the way the work is done, witness the differing answers of the three laborers who were asked to describe the work they were jointly doing: “I’m making a living,” said the first; “I’m dragging heavy stones,” said the second; said the third, “I’m building a cathedral.” Only for the last did the work possess its own full human meaning. Only for him was his work a spiritual as well as a bodily exercise.

That work should be central to life’s fulfillment is a very old idea, and it persists because it is rooted in human nature. Aristotle argued that human flourishing is a life of virtuous or excellent activity, where “activity” translates a word of Aristotle’s own coinage, built from a root meaning “work”: energeia, literally, “being-at-work.” For the fullness of who we are is manifested only when we are active, when we are “at work.” To be truly human is to be humanly-at-work, exercising our humanity to the full. And doing so excellently is the heart of flourishing and fulfillment. The pleasure and satisfaction that we feel as a result is merely secondary and derivative: the essence of our happiness lies in the activity itself, in our being-at-work. 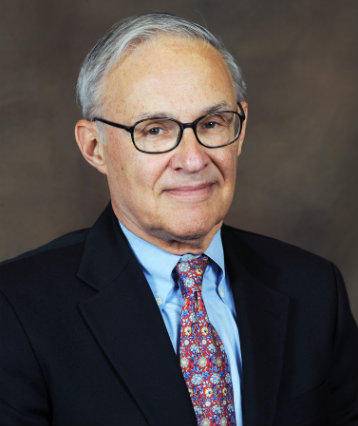