What Does the Working Man Want?

In this International May Day address delivered in Louisville, Kentucky, in 1890 (20 years before his speech on “The Significance of Labor Day”), Samuel Gompers, president of the American Federation of Labor (AFL), argues for the importance of the eight-hour workday. Like many labor leaders, Gompers protests the injustices of the industrial process, which treats workers as nothing more than “a veritable machine.” However, he also makes an appeal to business owners’ self-interest, noting that “men under the short-hour system not only have opportunity to improve themselves, but to make a greater degree of prosperity for their employers.” In contrast to more revolutionary May Day appeals by socialists and communists, Gompers’ rhetoric reflected the AFL’s more moderate strategy of working within the existing capitalist system to achieve its aims for bettering the lives of workers.

What case does Gompers make for shortening the workday for labor? Is it convincing? Gompers says that the workers’ first need is time—time, among other things, “to raise men to a higher plane.” In today’s age of television and other ready amusements, what do you make of Gompers’ claims about time for self-improvement? At the end of his speech, Gompers gives a simple answer to the goal of the labor movement: “More.” If he is right, can the desires and demands of organized labor ever be satisfied?

My friends, we have met here today to celebrate the idea that has prompted thousands of working-people of Louisville and New Albany to parade the streets of y[our city]; that prompts the toilers of Chicago to turn out by their fifty or hundred thousand of men; that prompts the vast army of wage-workers in New York to demonstrate their enthusiasm and appreciation of the importance of this idea; that prompts the toilers of England, Ireland, Germany, France, Italy, Spain, and Austria to defy the manifestos of the autocrats of the world and say that on May the first, 1890, the wage-workers of the world will lay down their tools in sympathy with the wage-workers of America, to establish a principle of limitations of hours of labor to eight hours for sleep, eight hours for work, and eight hours for what we will.

It has been charged time and again that were we to have more hours of leisure we would merely devote it to debauchery, to the cultivation of vicious habits—in other words, that we would get drunk. I desire to say this in answer to that charge: As a rule, there are two classes in society who get drunk. One is the class who has no work to do, in consequence of too much money; the other class, who also has no work to do because it can’t get any, and gets drunk on its face. I maintain that that class in our social life that exhibits the greatest degree of sobriety is that class who are able, by a fair number of hours of day’s work to earn fair wages—not overworked. The man who works twelve, fourteen, and sixteen hours a day requires some artificial stimulant to restore the life ground out of him in the drudgery of the day. . . .

We ought to be able to discuss this question on a higher ground, and I am pleased to say that the movement in which we are engaged will stimulate us to it. They tell us that the eight-hour movement can not be enforced, for the reason that it must check industrial and commercial progress. I say that the history of this country, in its industrial and commercial relations, shows the reverse. I say that is the plane on which this question ought to be discussed—that is the social question. As long as they make this question an economic one, I am willing to discuss it with them. I would retrace every step I have taken to advance this movement did it mean industrial and commercial stagnation. But it does not mean that. It means greater prosperity; it means a greater degree of progress for the whole people; it means more advancement and intelligence, and a nobler race of people. . . .

They say they can’t afford it. Is that true? Let us see for one moment. If a reduction in the hours of labor causes industrial and commercial ruination, it would naturally follow increased hours of labor would increase the prosperity, commercial and industrial. If that were true, England and America ought to be at the tail end, and China at the head of civilization.

Is it not a fact that we find laborers in England and the United States, where the hours are eight, nine and ten hours a day—do we not find that employers and laborers are more successful? Don’t we find them selling articles cheaper? We do not need to trust the modern moralist to tell us those things. In all industries where the hours of labor are long, there you will find the least development of the power of invention. Where the hours of labor are long, men are cheap, and where men are cheap there is no necessity for invention. How can you expect a man to work ten or twelve or fourteen hours at his calling and then devote any time to the invention of a machine or discovery of a new principle or force? If he be so fortunate as to be able to read a paper he will fall asleep before he has read through the second or third line.

Why, when you reduce the hours of labor, say an hour a day, just think what it means. Suppose men who work ten hours a day had the time lessened to nine, or men who work nine hours a day have it reduced to eight hours; what does it mean? It means millions of golden hours and opportunities for thought. Some men might say you will go to sleep. Well, some men might sleep sixteen hours a day; the ordinary man might try that, but he would soon find he could not do it long. He would have to do something. He would probably go to the theater one night, to a concert another night, but could not do that every night. He would probably become interested in some study and the hours that have been taken for manual labor are devoted to mental labor, and the mental labor of one hour will produce for him more wealth than the physical labor of a dozen hours.

I maintain that this is a true proposition—that men under the short-hour system not only have opportunity to improve themselves, but to make a greater degree of prosperity for their employers. Why, my friends, how is it in China, how is it in Spain, how is it in India and Russia, how is it in Italy? Cast your eye throughout the universe and observe the industry that forces nature to yield up its fruits to man’s necessities, and you will find that where the hours of labor are the shortest the progress of invention in machinery and the prosperity of the people are the greatest. It is the greatest impediment to progress to hire men cheaply. Wherever men are cheap, there you find the least degree of progress. It has only been under the great influence of our great republic, where our people have exhibited their great senses, that we can move forward, upward and onward, and are watched with interest in our movements of progress and reform. . . .

The man who works the long hours has no necessities except the barest to keep body and soul together, so he can work. He goes to sleep and dreams of work; he rises in the morning to go to work; he takes his frugal lunch to work; he comes home again to throw himself down on a miserable apology for a bed so that he can get that little rest that he may be able to go to work again. He is nothing but a veritable machine. He lives to work instead of working to live.

My friends, the only thing the working people need besides the necessities of life, is time. Time. Time with which our lives begin; time with which our lives close; time to cultivate the better nature within us; time to brighten our homes. Time, which brings us from the lowest condition up to the highest civilization; time, so that we can raise men to a higher plane.

What we want to consider is, first, to make our employment more secure, and, secondly, to make wages more permanent, and thirdly, to give these poor people a chance to work. The laborer has been regarded as a mere producing machine . . . but the back of labor is the soul of man and honesty of purpose and aspiration. Now you can not, as the political economists and college professors [do], say that labor is a commodity to be bought and sold. I say we are American citizens with the heritage of all the great men who have stood before us; men who have sacrificed all in the cause except honor. Our enemies would like to see this movement thrust into Hades, they would like to see it in a warmer climate, but I say to you that this labor movement has come to stay. Like Banquo’s ghost, it will not down. I say the labor movement is a fixed fact. It has grown out of the necessities of the people, and, although some may desire to see it fail, still the labor movement will be found to have a strong lodgment in the hearts of the people, and we will go on until success has been achieved.

We want eight hours and nothing less. We have been accused of being selfish, and it has been said that we will want more; that last year we got an advance of ten cents and now we want more. We do want more. You will find that a man generally wants more. Go and ask a tramp what he wants, and if he doesn’t want a drink, he wants a good, square meal. You ask a workingman, who is getting two dollars a day, and he will say that he wants ten cents more. Ask a man who gets five dollars a day and he will want fifty cents more. The man who receives five thousand dollars a year wants six thousand dollars a year, and the man who owns eight or nine hundred thousand dollars will want a hundred thousand dollars more to make it a million, while the man who has his millions will want everything he can lay his hands on and then raise his voice against the poor devil who wants ten cents more a day. We live in the latter part of the nineteenth century. In the age of electricity and steam that has produced wealth a hundred fold, we insist that it has been brought about by the intelligence and energy of the workingmen, and while we find that it is now easier to produce it is harder to live. We do want more, and when it becomes more, we shall still want more. And we shall never cease to demand more until we have received the results of our labor. 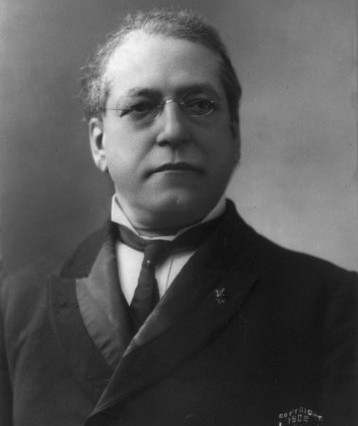