What a Veteran Knows

Joe Carter (b. 1969) served for fifteen years in the US Marine Corps, reaching the rank of gunnery sergeant. He now works as a senior editor at the Acton Institute, an adjunct professor of journalism at Patrick Henry College, and online editor of the journal First Things—where this account was published in 2009.

What is it, according to Carter, that a veteran knows—and that we at home do not? What, according to Carter, is the true meaning of service? Comparing this selection to some of the previous ones (or to the next one), do you think that Carter is selling combat, valor, and heroism short? What do you mean when you tell a veteran, “Thank you for your service”? Does this selection lead you to think differently about veterans and Veterans Day? How?

“Thank you for your service,” they say, as they shake our hands and pat our backs.

We smile and thank them for their gratitude and try to think of something else to talk about. These encounters with strangers happen from time to time, though always on Veteran’s Day. It’s the one time we can count on civilians—a group from which we came but can never fully return—to think about us.

On Veteran’s Day, they think of the men and women who march in the VFW parades. They think of their grandfathers, the gregarious World War II sailors, eager to share sea stories, and their uncles, stolid Vietnam-era airmen reticent to talk about the war. They think of the aunt who served in the Persian Gulf and the neighbor’s son who recently shipped off to Afghanistan.

They think of us as we are in the movies: marching off to war with stoic resolve and assaulting beachheads with quiet determination. They think of us aligned on parade grounds, weapons and uniforms sparkling in the sun, postures the very picture of discipline.

They think that military service is about combat and heroism and uncommon acts of valor.

But there are things a veteran knows.

We know that few of us ever saw battle and that we’re mostly ordinary people who performed common duties.

We know that our service—whether three years or thirty—was mainly composed of discrete units of banal and boring routine and that the drudgery of time spent cleaning—rifles, equipment, barracks—in preparation for inspections and reviews and formations in which we’d spend hours standing ramrod straight while trying to hide buckling knees and sweat-drenched necks and the maddening urge to scratch skin that itched more and more the longer we stood still.

We know that service is about our willingness to endure shin splints and blistered feet from too many miles of marching and running. We know it was about doing sit-ups on wet beaches on mornings that were too cold and came much too early. We know it was about our ability to endure our own incessant whining as we made an avocation of complaining about being tired, wet, cold, and sore. And we know about enduring the failings and weaknesses that were exposed when we discovered the limits of our endurance.

We know that service requires loving our home so much that we willingly give up all that we cherished—our freedom, our youth, our life—so that others may be safe.

We know that in serving our homeland we gave up our ability to watch over our own homes. We know that it meant leaving our families for far-off lands and seas and that no matter how many cards and letters and pictures and videos our families would send that it could never replace the time we missed being with our children, watching over them, and letting them know we were there to protect them.

We know Veteran’s Day is about the men and women we once served alongside: the voluble young marine, who was always eager to talk about her kids, and the reverent old soldier who led prayer in chapel. We still think of them from time to time, though always on Veteran’s Day. And when we meet our fellow veterans we always know exactly what we mean when we pat their back and take their hand and say, “Thank you for your service.”

Carter, Joe. “What a Veteran Knows.” First Things, November 11, 2009. Reprinted by permission of the author. 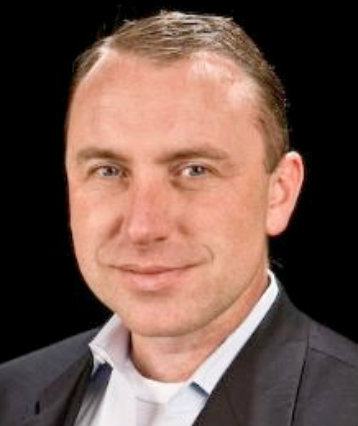