In this poem (written for the bicentennial celebration of Washington’s birth), Edwin Markham (1852–1940) pays tribute to the life of Washington, from his Spartan mother who “called him into Time and kindled duty in him as a flame,” until past his end, when “he flamed with God.” Where did Washington acquire the virtues needed for nation-building? What, according to the third stanza, is the relation between the “Cause” and Washington’s greatness? What, according to the fifth stanza, is Washington’s creed? What does Markham mean when he says that Washington “turned from all the tempters, / Stood firm above the perils of success”? Consider the last sentence of the poem: What does it mean to say, “He moves in his serene eternity”? And what is the point of the comparison with Polaris, the North Star?

A Spartan1 mother called him into Time,
And kindled duty in him as a flame;
While he was schooled by the primeval hills
Of old Virginia—schooled by her mighty woods,
Where Indians war-whooped and the wild beast prowled.
His name was written on no college scroll;
But he drank wisdom from the wilderness.
The mountains poured into his soul their strength,
The rocks their fortitude, the stars their calm.

He grew a silent man;
Yet carried on all roads
The lofty courtesies, the high reserves.
He seemed to know, even in this noise of time,
The solemn quiets of Eternity.
But fiery energy, a live crater, slept
Under that mountain calm; yet never blazed
Into a passion, save in some black hour
When craven souls betrayed the people. Then
He was all sword and flame, a god in arms.

With the heart of a child, the wisdom of a sage,
He toiled with no self to serve.
He grew in greatness, year by luminous year
Until he carried empire in his brain.
Yet if no Cause, no high commanding Cause,
Had called him to the hazard of the deed,
None would have guessed his power
To build a nation out of chaos, give
To her the wings of soaring destinies.
But at the Hour, the People knew their Man,
The one ordained of Heaven, ordained to stand
In the deadly breach and hold the gate for God.

His trust was in the Ruler of Events—
In Him who watches. He could say, “The ends
Are in God’s hands. I trust,
But while I trust I battle.” In this creed,
His soul took refuge and his heart found rest.
When, after Yorktown, all the guns were husht,
Still was our Chieftain on a battle line,
Fighting old laws, old manners, old beliefs.
He fought the outworn old,
And lit new torches for the march ahead.

Life tried his soul by all the tests of time—
By hardship, treachery, ingratitude;
Yes, even by victory and the loud applause.
When fortune flung to him a crown, he flung
The bauble back and followed the People’s dream.
He turned from all the tempters,
Stood firm above the perils of success—
Stood like Monadnock2 high above the clouds.

He did the day’s work that was given him:
He toiled for men until he flamed with God.
Now in his greatness, ever superbly lone,
He moves in his serene eternity,
Like far Polaris wheeling on the North.

1 Of or relating to the Spartan people in ancient Greece, who were famous for their courage, self-restraint, and patriotism. Return to text.
2 A mountain in New Hampshire, known also from the writings of Henry David Thoreau and Ralph Waldo Emerson. Return to text. 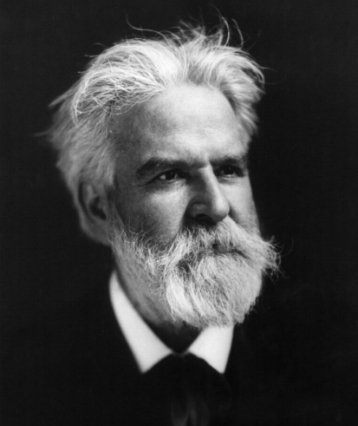