Washington and Our Schools and Colleges

At least until the latter half of the 20th century learning about George Washington was a staple of American public education. His picture adorned the walls of many classrooms, and young people—including the editors of this book—grew up, as it were, under his gaze and in his continual presence. The importance of Washington to the civic mission of our schools and colleges is the subject of this speech, given in 1889 in New York City at the centennial celebration of Washington’s assuming the presidency, by Charles W. Eliot (1834–1926), the extraordinary president of Harvard University from 1869–1909. Eliot imagines the 8 million American children attending elementary schools, the 250,000 attending secondary schools, and the 60,000 students in colleges and universities, each receiving age-appropriate instruction regarding George Washington. What do these students learn, and why might it be important? Eliot then speaks on behalf of the 360,000 teachers of the United States: What is their work with respect to Washington, and why is it important? What does Eliot mean, in his last paragraph, by Washington’s “reward” and “influence”?

The brief phrase—the schools and colleges of the United States—is a formal and familiar one; but what imagination can grasp the infinitude of human affections, powers, and wills which it really comprises? But let us forget the outward things called schools and colleges, and summon up the human beings. Imagine the eight million children actually in attendance at the elementary schools of the country brought before your view. Each unit in this mass speaks of a glad birth, a brightened home, a mother’s pondering heart, a father’s careful joy. In all that multitude, every little heart bounds and every eye shines at the name of Washington.

The two hundred and fifty thousand boys and girls in the secondary schools are getting a fuller view of this incomparable character than the younger children can reach. They are old enough to understand his civil as well as his military achievements. They learn of his great part in that immortal Federal convention of 1787, of his inestimable services in organizing and conducting through two Presidential terms the new Government,—services of which he alone was capable,—and of his firm resistance to misguided popular clamor. They see him ultimately victorious in war and successful in peace, but only through much adversity and many obstacles.

Next, picture to yourselves the sixty thousand students in colleges and universities—selected youth of keen intelligence, wide reading, and high ambition. They are able to compare Washington with the greatest men of other times and countries, and to appreciate the unique quality of his renown. They can set him beside the heroes of romance and history&mdash;beside David, Alexander, Pericles, Cæsar, Saladin, Charlemagne, Gustavus Adolphus, John Hampden, William the Silent, Peter of Russia, and Frederick the Great,1 only to find him a nobler human type than any one of them, more complete in his nature, more happy in his cause, and more fortunate in the issues of his career. They are taught to see in him a soldier whose sword wrought only mercy and justice for mankind; a statesman who steadied a remarkable generation of public men by his mental poise and exalted them by his singleness of heart; and a ruler whose exercise of power established for the time on earth a righteous government by all and for all.

And what shall I say on behalf of the three hundred and sixty thousand teachers of the United States? None of them are rich or famous; most of them are poor, retiring, and unnoticed; but it is they who are building a perennial monument to Washington. It is they who give him a million-tongued fame. They make him live again in the young hearts of successive generations, and fix his image there as the American ideal of a public servant. It is through the schools and colleges and the national literature that the heroes of any people win lasting renown; and it is through these same agencies that a nation is molded into the likeness of its heroes.

The commemoration of any one great event in the life of Washington and of the United States is well, but it is nothing compared with the incessant memorial of him which the schools and colleges of the country maintain from generation to generation. What a reward is Washington’s! What an influence is his and will be! One mind and will transfused by sympathetic instruction into millions; one life pattern for all public men, teaching what greatness is and what the pathway to undying fame!

1 David (c. 1040–970 BC), according to the Hebrew Bible, the second king of the Kingdom of Israel, and according to the New Testament Gospels of Matthew and Luke, an ancestor of Jesus; Alexander the Great (356–323 BC), a king of Macedon who, by the age of 30, had created one of the largest empires of the ancient world; Pericles (495–429 BC), the most prominent Greek statesmen, orator, and general of Athens during the city’s Golden Age; Julius Cæsar (100–44 BC), a Roman general, statesman, consul, and author of Latin prose; Saladin (1137[?]–93), the first sultan of Egypt and Syria and the founder of the Ayyubid dynasty; Charlemagne (742–814), the King of the Franks and the first Holy Roman Emperor; Gustavus Adolphus (1594–1632), king of Sweden who established Sweden as a great military power; John Hampden (1595–1643), an English politician and one of the central figures of the English Civil War; William the Silent (1533–84), also known as William of Orange, the leader of the Dutch revolt against the Spanish which resulted in the independence of the Dutch Republic in 1648; Peter of Russia (1672–1725), tsar of Russia and later the Russian Empire; and Frederick the Great (1712–86), king of Prussia known for his brilliance in military campaigning. Return to text. 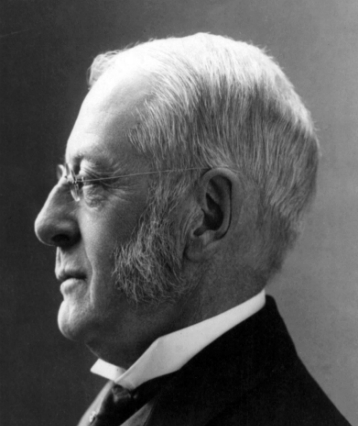