Throughout our nation’s history, the memory and example of George Washington and his accomplishments in the Revolutionary War have been appropriated by many people and used to inspire their contemporaries to pursue what they regard as worthy purposes. For Henry Armitt Brown (1844–78), author and orator, the cause was progress and enlightenment. On June 19, 1878, the hundredth anniversary of the departure of Washington’s troops from Valley Forge—where they had wondrously held out against the British for six months despite snow, disease, and severe deprivation—Brown gave this oration to commemorate the moral victory that was Valley Forge.

What is Brown’s view of the course of American history? How does he see the century past, and the century to come? What is his interpretation of the meaning of Valley Forge (and the American Revolution), and how does he use its memory? What does Brown encourage his listeners to “believe, with an abiding faith,” about future generations? Is his wish for the preservation of “the institutions which have made us happy” compatible with his enthusiastic endorsement of indefinite change and progress? Do you find this speech inspiring? Why, or why not?

The century that has gone by has changed the face of nature, and wrought a revolution in the habits of mankind. We stand to-day at the dawn of an extraordinary age. . . . [Man] has advanced with such astounding speed that, breathless, we have reached a moment when it seems as if distance had been annihilated, time made as nought, the invisible seen, the intangible felt, and the impossible accomplished. And already we knock at the door of a new century, which promises to be infinitely brighter and more enlightened and happier than this. . . .

We know that we are more fortunate than our fathers. We believe that our children shall be happier than we. We know that this century is more enlightened than the past. We believe that the time to come will be better and more glorious than this. We think, we believe, we hope, but we do not know. Across that threshold we may not pass; behind that veil we may not penetrate. . . . It may be vouchsafed us to behold it, wonderingly, from afar, but never to enter in. It matters not. The age in which we live is but a link in the endless and eternal chain. Our lives are like sands upon the shore; our voices like the breath of this summer breeze that stirs the leaf for a moment, and is forgotten. . . . [T]he last survivor of this mighty multitude shall stay but a little while. . . .

The endless generations are advancing to take our places as we fall. For them as for us shall the years march by in the sublime procession of the ages. And here, in this place of sacrifice, in this vale of humiliation, in this valley of the Shadow of Death out of which the Life of America rose, regenerate and free, let us believe with an abiding faith that to them Union will seem as dear, and Liberty as sweet, and Progress as glorious as they were to our fathers, and are to you and me, and that the institutions which have made us happy, preserved by the virtue of our children, shall bless the remotest generations of the time to come. And unto Him who holds in the hollow of His hand the fate of nations, and yet marks the sparrow’s fall, let us lift up our hearts this day, and into His eternal care commend ourselves, our children, and our country. 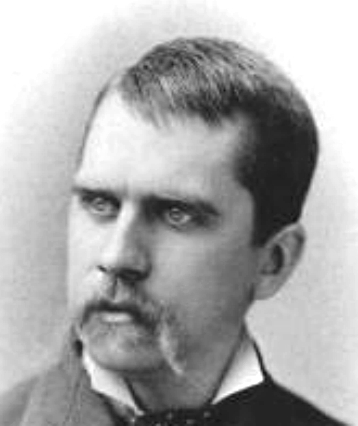