On March 25, 1911, the Triangle Shirtwaist Factory in New York City erupted in flames when a pile of fabric caught fire. When locked factory doors made escape impossible, 146 women perished in the fire. At a memorial meeting held in the Metropolitan Opera House on April 2, Rose Schneiderman (1882–1972), the founder of the Jewish Socialist United Cloth Hat and Cap Makers’ Union and a key leader in the strikes by New York’s women workers, memorably expressed the anger many felt at the plight of the American worker. Schneiderman was later elected president of the New York Women’s Trade Union League and was the only woman to serve on Franklin D. Roosevelt’s National Recovery Administration Labor Advisory Board.

What does Schneiderman mean by comparing the machines and conditions of the modern factory to the instruments of torture of the Inquisition? What means does she advocate for attaining better and safer conditions for the workers? What is a “strong working-class movement”? And how does Schneiderman see its relation to the rest of American society (“you good people of the public”)?

I would be a traitor to these poor burned bodies if I came here to talk good fellowship. We have tried you good people of the public and we have found you wanting.

The old Inquisition had its rack and its thumbscrews and its instruments of torture with iron teeth. We know what these things are today; the iron teeth are our necessities, the thumbscrews are the high-powered and swift machinery close to which we must work, and the rack is here in the firetrap structures that will destroy us the minute they catch on fire.

This is not the first time girls have been burned alive in the city. Every week I must learn of the untimely death of one of my sister workers. Every year thousands of us are maimed. The life of men and women is so cheap and property is so sacred. There are so many of us for one job it matters little if 146 of us are burned to death.

We have tried you citizens; we are trying you now, and you have a couple of dollars for the sorrowing mothers, brothers and sisters by way of a charity gift. But every time the workers come out in the only way they know to protest against conditions which are unbearable the strong hand of the law is allowed to press down heavily upon us.

Public officials have only words of warning to us—warning that we must be intensely peaceable, and they have the workhouse just back of all their warnings. The strong hand of the law beats us back, when we rise, into the conditions that make life unbearable.

I can’t talk fellowship to you who are gathered here. Too much blood has been spilled. I know from my experience it is up to the working people to save themselves. The only way they can save themselves is by a strong working-class movement. 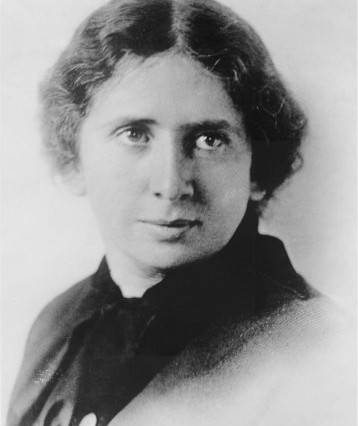