The son of two escaped slaves from Kentucky, Paul Laurence Dunbar (1872–1906) was a prolific poet, novelist, and playwright, authoring a dozen books of poetry, five novels, four books of stories, and a play that successfully toured on Broadway and in England for four years. Growing up in Dayton, Ohio, he was the only African-American at his high school (at which he served as class president), and he showed an early interest in literature and poetry, publishing two poems in the local Herald newspaper while still in high school. His father fought in the Civil War, serving in the 55th Massachusetts Infantry Regiment and the Fifth Massachusetts Colored Cavalry Regiment. Though Dunbar wrote many of his poems in African-American dialect, this poem, first published in Lyrics of Sunshine and Shadow (1905), is written in a more traditional style.

In many cities and towns across the United States, parades of surviving veterans were, from the beginning, central events in the commemoration of Veterans Day. How does the poet regard the aged veterans marching in the (probably Veterans Day) parade? Why, and in what spirit, do they march? What does the poet mean by calling this “memory at its best”? Why is he saddened by the sight of the veteran unable to join the march? In general, what does this poem suggest about the meaning of Veterans Day reunions and parades? How does it make you feel—and how should you feel—toward the parading veterans?

Underneath the autumn sky,
Haltingly, the lines go by.
Ah, would steps were blithe and gay,
As when first they marched away,
Smile on lip and curl on brow,—
Only white-faced gray-beards now,
Standing on life’s outer verge,
E’en the marches sound a dirge.

Blow, you bugles, play, you fife,
Rattle, drums, for dearest life.
Let the flags wave freely so,
As the marching legions go,
Shout, hurrah and laugh and jest,
This is memory at its best.
(Did you notice at your quip,
That old comrade’s quivering lip?)

Ah, I see them as they come,
Stumbling with the rumbling drum;
But a sight more sad to me
E’en than these ranks could be
Was that one with cane upraised
Who stood by and gazed and gazed,
Trembling, solemn, lips compressed,
Longing to be with the rest.

Did he dream of old alarms,
As he stood, “presented arms”?
Did he think of field and camp
And the unremitting tramp
Mile on mile—the lonely guard
When he kept his midnight ward?
Did he dream of wounds and scars
In that bitter war of wars?

What of that? He stood and stands
In my memory—trembling hands,
Whitened beard and cane and all
As if waiting for the call
Once again: “To arms, my sons,”
And his ears hear far-off guns,
Roll of cannon and the tread
Of the legions of the Dead! 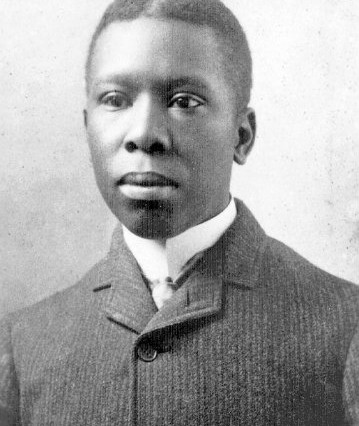