The Meaning of George Washington’s Birthday

On the third Monday in February, Americans set aside a day to honor and celebrate the birthday of America’s first president. Or that’s the idea. Over time, the significance of the day has waned, as we now celebrate Presidents’ Day sales more than we do the presidents. And although the federal holiday remains “Washington’s Birthday,” the change in the popular conception of the day to “Presidents’ Day” has caused some confusion regarding whether we are honoring only Washington (and perhaps his fellow February giant, Lincoln), or all presidents, regardless of merit. So why should a nation that loves equality single out one man for special honors?

In this ebook, we examine the words and deeds of the “Father of Our Country” and consider the qualities of leadership needed for the flourishing of our nation. The first chapter explores the origins and traditions of celebrating George Washington’s birthday, dating from the very beginnings of our republic. The second chapter looks at the life and career of Washington: his early education and military career; his time taking command—and relinquishing it—during the Revolutionary War; and his leadership as America’s first president. The final chapter raises questions about how we, 200 years removed, are to remember Washington. Can we say with those who came before that Washington is, in the words of Henry Lee, still “first in war, first in peace, and first in the hearts of his countrymen”?

Each selection includes a brief introduction by the editors with guiding questions for discussion.

Father of Our Country: The Career of George Washington

(4) The Death of a Hero
Henry Lee, “George Washington! A Funeral Oration on His Death”
Abigail Adams, Letter to Mary Cranch, December 22, 1799 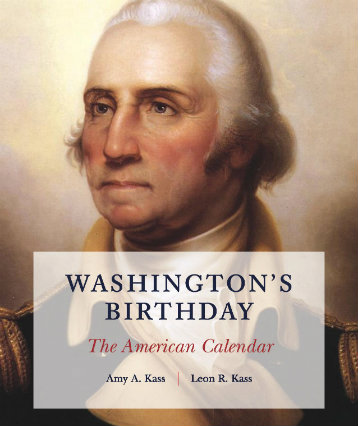