The Genius of Washington

By the middle of the 19th century, Washington was heartily celebrated as a man of impeccable character and ethical excellence—“wise, good, and great,” as Jefferson had put it—but he was unfavorably compared to men of genius and intellectual excellence (such as Jefferson himself). Taking exception to this disparagement of Washington’s mind, the American essayist and critic Edwin Percy Whipple (1819–86) came to Washington’s defense in this July 4th oration, given in Boston in 1850 (published posthumously in 1916). The talk raises interesting questions about the nature of genius and the role of the mind in the life of action.

Why does Whipple think that the “illustrious” Washington is “at once the world’s admiration and enigma”? What does Whipple mean by and think of “genius”? What does he mean when he says that Washington “had that greatness of character which is the highest expression and the last result of greatness of mind”? How successful do you find Whipple’s defense of Washington’s “genius”? How do you personally compare the greatness of “the creator of an epic” and the “creator of a country,” and which do you admire most?

The history, so sad and so glorious, which chronicles the stern struggle in which our rights and liberties passed through the awful baptism of fire and blood, is eloquent with the deeds of many patriots, warriors, and statesmen; but these all fall into relations to one prominent and commanding figure, towering up above the whole group in unapproachable majesty, whose exalted character, warm and bright with every public and private virtue, and vital with the essential spirit of wisdom, has burst all sectional and national bounds, and made the name of Washington the property of all mankind.

This illustrious man, at once the world’s admiration and enigma, we are taught by a fine instinct to venerate, and by a wrong opinion to misjudge. The might of his character has taken strong hold upon the feelings of great masses of men; but, in translating this universal sentiment into an intelligent form, the intellectual element of his wonderful nature is as much depressed as the moral element is exalted, and consequently we are apt to misunderstand both. Mediocrity has a bad trick of idealizing itself in eulogizing him, and drags him down to its own level while assuming to lift him to the skies. How many times have we been told that he was not a man of genius, but a person of “excellent common sense,” of “admirable judgment,” of “rare virtues”! and, by a constant repetition of this odious cant, we have nearly succeeded in divorcing comprehension from his sense, insight from his judgment, force from his virtues, and life from the man. Accordingly, in the panegyric1 of cold spirits, Washington disappears in a cloud of commonplaces; in the rhodomontade2 of boiling patriots, he expires in the agonies of rant. Now, the sooner this bundle of mediocre talents and moral qualities, which its contrivers have the audacity to call George Washington, is hissed out of existence, the better it will be for the cause of talent and the cause of morals; contempt of that is the condition of insight. He had no genius, it seems. O no! genius, we must suppose, is the peculiar and shining attribute of some orator, whose tongue can spout patriotic speeches, or some versifier, whose muse can “Hail Columbia,” but not of the man who supported states on his arm, and carried America in his brain. The madcap Charles Townshend,3 the motion of whose pyrotechnic mind was like the whiz of a hundred rockets, is a man of genius; but George Washington raised up above the level of even eminent statesmen, and with a nature moving with the still and orderly celerity of a planet round the sun,—he dwindles, in comparison, into a kind of angelic dunce! What is genius? Is it worth anything? Is splendid folly the measure of its inspiration? Is wisdom that which it recedes from, or tends towards? And by what definition do you award the name to the creator of an epic, and deny it to the creator of a country? On what principle is it to be lavished on him who sculptures in perishing marble the image of possible excellence, and withheld from him who built up in himself a transcendent character indestructible as the obligations of Duty, and beautiful as her rewards?

Indeed, if by the genius of action you mean will enlightened by intelligence, and intelligence energized by will,—if force and insight be its characteristics, and influence its test,—and, especially, if great effects suppose a cause proportionately great, that is, a vital causative mind,—then is Washington most assuredly a man of genius, and one whom no other American has equaled in the power of working morally and mentally on other minds. His genius, it is true, was of a peculiar kind, the genius of character, of thought, and the objects of thought solidified and concentrated into active faculty. He belongs to that rare class of men,—rare as Homers and Miltons, rare as Platos and Newtons, who have impressed their characters upon nations without pampering national vices. Such men have natures broad enough to include all the facts of a people’s practical life, and deep enough to discern the spiritual laws which underlie, animate, and govern those facts. Washington, in short, had that greatness of character which is the highest expression and last result of greatness of mind; for there is no method of building up character except through mind. Indeed, character like his is not built up, stone upon stone, precept upon precept, but grows up, through an actual contact of thought with things,--the assimilative mind transmuting the impalpable but potent spirit of public sentiment, and the life of visible facts, and the power of spiritual laws, into individual life and power, so that their mighty energies put on personality, as it were, and act through one centralizing human will. This process may not, if you please, make the great philosopher or the great poet; but it does make the great man,—the man in whom thought and judgment seem identical with volition,— the man whose vital expression is not in words, but deeds,—the man whose sublime ideas issue necessarily in sublime acts, not in sublime art. It was because Washington’s character was thus composed of the inmost substance and power of facts and principles, that men instinctively felt the perfect reality of his comprehensive manhood. This reality enforced universal respect, married strength to repose, and threw into his face that commanding majesty which made men of the speculative audacity of Jefferson, and the lucid genius of Hamilton, recognize, with unwonted meekness, his awful superiority. 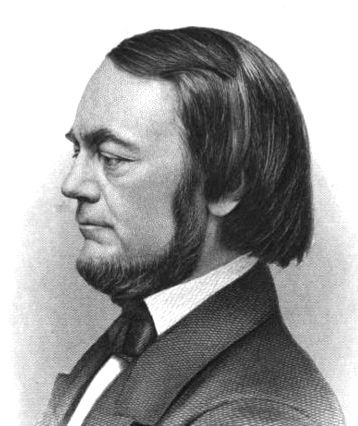