The black man’s quest for his own identity and the recognition of his humanity is the theme of Invisible Man by Ralph Ellison (1914–94), arguably the 20th century’s greatest novel about the African American experience. (It was published in 1952). In this selection, the novel’s first chapter, Ellison’s young protagonist/narrator embarks on a long journey “to achieve a realization everyone else appears to have been born with: That I am nobody but myself. But first I had to discover that I am an invisible man!” Most of the chapter offers a horrifying account of the young man’s degrading experiences at the hands of the town’s leading white citizens before whom he has to give a prize-winning speech. But hovering over the tale, and indeed of his entire journey, is his attempt to understand the startling deathbed confession of his grandfather—a man who had been “the meekest of men” during his life, and whom he is said to “take after”—who reveals that his passivity has been a form of treason and espionage in an ongoing war, and who urges his family to “keep up the good fight”: “Live with your head in the lion’s mouth. I want you to overcome ’em with yeses, undermine ’em with grins, agree ’em to death and destruction, let ’em swolller you till they vomit or bust wide open.”

What does the “battle royal” reveal about the town’s “leading white citizens,” and what is the meaning of their actions toward the young black men? How does the narrator conduct himself, and what do you think of him as a result? Is there any connection between his grandfather’s instructions and the way he handles the searing, humiliating, and degrading experience?

As his prize, the narrator is presented with a “gleaming calfskin brief case,” and told to “keep developing as you are and some day it will be filled with important papers that will help shape the destiny of your people.” Inside the case was a scholarship to the state college for Negroes. The young man is overjoyed, as is his own community to which he returns triumphant. “I even felt safe from grandfather,” he says, “whose deathbed curse usually spoiled my triumphs.” But, in the end, he is unable to escape. At night, he dreams of going to a circus with his grandfather, who “refused to laugh at the clowns no matter what they did,” and who later instructs him to open the brief case. Inside, the narrator finds an official envelope with a state seal. He opens it only to find another envelope, then another and another and another. The last envelope contains an engraved document, which his grandfather commands him to read out loud: “‘To Whom It May Concern,’ [he] intoned, ‘Keep This Nigger-Boy Running.’” The narrator awakens with his grandfather’s laughter ringing in his ears. What is the meaning of the young man’s dream? Are you any closer to understanding what it means to be an invisible man?

It goes a long way back, some twenty years. All my life I had been looking for something, and everywhere I turned someone tried to tell me what it was. I accepted their answers too, though they were often in contradiction and even self-contradictory. I was naive. I was looking for myself and asking everyone except myself questions which I, and only I, could answer. It took me a long time and much painful boomeranging of my expectations to achieve a realization everyone else appears to have been born with: That I am nobody but myself. But first I had to discover that I am an invisible man! 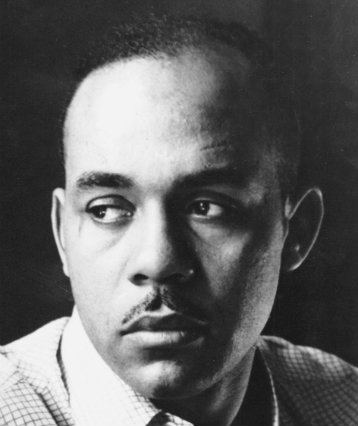