The American Hero: A Sapphick Ode

This somber 15-stanza ode, also known as “Bunker Hill,” was widely sung during the Revolution. Written by Nathaniel Niles (1741–1828), a lawyer, congressman, inventor, and occasional preacher, it was inspired by the Battle of Bunker Hill and the burning of Charlestown (1775). Some attribute the melody to Sylvanus Ripley of New England (1749–87), others to Andrew Law of Connecticut (1749–1821). It dwells both on the inevitability of death in general, and particularly on death in battle.

How do you understand the opening question of the Ode? How does the Ode finally answer the question it raises? There are many references to God, as well as to the King of Terrors (death) and Mars (Roman god of war). What, according to the Ode, is the connection between divinity and the impending war?  What, according to the Ode, is an American hero: What makes him American, and what makes him heroic? What do you think of the statements, made in the last stanza of the Ode, about life and death?

For a partial recording, view this video.

Why should vain mortals tremble at the sight of
Death and destruction in the field of battle,
Where blood and carnage clothe the ground in crimson,
Sounding with death-groans?

Death will invade us by the means appointed,
And we must all bow to the King of Terrors;
Nor am I anxious, if I am preparéd,
What shape he comes in.

Infinite goodness teaches us submission;
Bids us be quiet under all his dealings:
Never repining, but forever praising
God our Creator.

Well may we praise Him, all his ways are perfect;
Though a resplendence infinitely glowing
Dazzles in glory on the sight of mortals,
Struck blind by lustre!

Good is Jehovah in bestowing sunshine,
Nor less His goodness in the storm and thunder:
Mercies and judgments both proceed from kindness—
Infinite kindness.

O then exult that God forever reigneth.
Clouds, which around Him hinder our perception,
Bind us the stronger to exalt His name, and
Shout louder praises!

Then to the wisdom of my Lord and Master,
I will commit all that I have or wish for:
Sweetly as babes sleep will I give my life up
When called to yield it.

Now, Mars, I dare thee, clad in smoky pillars,
Bursting from bomb-shells, roaring from the cannon,
Rattling in grape shot, like a storm of hailstones,
Torturing Aether!

Up the bleak heavens, let the spreading flames rise,
Breaking like Aetna1 thro’ the smoky columns.
Low’ring like Egypt o’er the falling city,
Wantonly burnt down.

While all their hearts quick palpitate for havock,
Let slip your blood hounds, nam’d the British lyons,
Dauntless as Death stares, nimble as the whirlwind,
Dreadful as daemons!

Let Oceans waft on all your floating castles,
Fraught with destruction, horrible to nature:
Then with your sails filled by a storm of vengeance,
Bear down to battle!

From the dire caverns made by ghostly miners,
Let the explosion, dreadful as volcanoes,
Heave the broad town, with all its wealth and people,
Quick to destruction!

Still shall the banner of the King of Heaven
Never advance where I’m afraid to follow:
While that precedes me, with an open bosom,
War, I defy thee!

Fame and dear freedom lure me on to battle,
While a fell despot, grimmer than a death’s-head,
Stings me with serpents, fiercer than Medusa’s,
To the encounter.

Life, for my country and the cause of freedom,
Is but a trifle for a worm to part with;—
And if preservéd in so great a contest,
Life is redoubled. 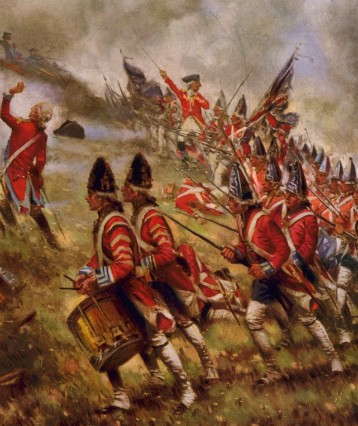