Joyce Kilmer (1896–1918) was an American poet whose poems, before World War I, had focused on natural themes and his Catholic faith. But after entering Army service, he turned many of his thoughts to the scenes of war. He composed “Rouge Bouquet” sometime in 1917 or 1918, to memorialize some of his fellow soldiers killed in battle. In March 1918, it was read over the graves of 21 of his fallen infantry comrades. Eerily, a few months later, the poem was read over Kilmer’s own grave.

In a wood they call the Rouge Bouquet
There is a new-made grave to-day,
Built by never a spade nor pick
Yet covered with earth ten metres thick.
There lie many fighting men,
Dead in their youthful prime,
Never to laugh nor love again
Nor taste the Summertime.
For Death came flying through the air
And stopped his flight at the dugout stair,
Touched his prey and left them there,
Clay to clay.
He hid their bodies stealthily
In the soil of the land they fought to free
And fled away.
Now over the grave abrupt and clear
Three volleys ring;
And perhaps their brave young spirits hear
The bugle sing:
“Go to sleep!
Go to sleep!
Slumber well where the shell screamed and fell.
Let your rifles rest on the muddy floor,
You will not need them any more.
Danger’s past;
Now at last,
Go to sleep!”

There is on earth no worthier grave
To hold the bodies of the brave
Than this place of pain and pride
Where they nobly fought and nobly died.
Never fear but in the skies
Saints and angels stand
Smiling with their holy eyes
On this new-come band.
St. Michael’s sword darts through the air
And touches the aureole1 on his hair
As he sees them stand saluting there,
His stalwart sons;
And Patrick, Brigid, Columkill
Rejoice that in veins of warriors still
The Gael’s blood runs.
And up to Heaven’s doorway floats,
From the wood called Rouge Bouquet,
A delicate cloud of buglenotes
That softly say:
“Farewell!
Farewell!
Comrades true, born anew, peace to you!
Your souls shall be where the heroes are
And your memory shine like the morning-star.
Brave and dear,
Shield us here.
Farewell!”

1 A radiant light near the head or body of a sacred or holy person. 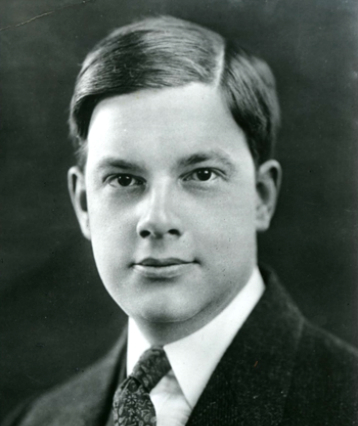