By Amy A. Kass

On Wednesday, May 25, 2011, the American Enterprise Institute and the Hudson Institute hosted a book forum, “Why Memorial Day?,” featuring Senator John McCain and the coeditors of What So Proudly We Hail: The American Soul in Story, Speech, and Song. Command Sergeant Major Michael T. Hall, US Army (ret.) and William Kristol also gave remarks.

A reading of Civil War veteran and Supreme Court Justice Oliver Wendell Holmes Jr.’s “In Our Youth Our Hearts Were Touched with Fire” served as the starting point for a discussion of the meaning and importance of Memorial Day.

This book forum marks the publication this week, by ISI Books, of What So Proudly We Hail: The American Soul in Story, Speech, and Song, edited by Diana Schaub, Leon Kass, and yours truly. Our anthology comprises 74 great stories, speeches, and patriotic songs by American authors from Nathaniel Hawthorne and Herman Melville to Flannery O’Connor and Alice Walker; from Benjamin Franklin and Abraham Lincoln to Frederick Douglass and Calvin Coolidge; from Francis Scott Key to Irving Berlin. We have grouped them under six themes: the importance of national identity; the American creed; the American character; the virtues of civic life; the goals of civic life; and making a national one out of many. Our aim is to contribute to enhanced civic education and deeper national attachment through conversations in homes and schools, around campfires, and in civic associations, about our American identity, character, and civic life.

American identity, character, and civic life are shaped by many things, among them by our political convictions and institutions, our legal rights and duties, our religious and civic practices, our economic system, and our forms of entertainment. But they are also decisively influenced by our national memories of our long history, our triumphs and tragedies, our national aspirations and achievements, our heroes and villains, and of the stories and speeches and songs that our forbearers wrote to show us who we are and what we might yet become. Robust citizenship depends on national attachment, and national attachment is thin at best without national memory. Yet memory is precarious, and requires steady safekeeping—and not only in modern times. As Samuel Johnson sagely observed, “Men more frequently require to be reminded than informed.” We human beings take things for granted; we are distracted; we allow important matters to slip from consciousness. These universal tendencies are exacerbated in the American republic, with its emphasis on innovation, progress, and the freedom each person has to make himself anew. Americans can enjoy our blessings of liberty, equal rights, enterprise, and religious freedom without consciously appreciating the deeds and stories of those who have made these blessings possible, and who have handed them down to us. And it goes without saying how collective memory is imperiled in the age, our current age, defined by instant messaging.

As editors of What So Proudly We Hail, we have set our sail against the prevailing winds in the belief that American national memory can and deserves to be summoned, and that we and our fellow citizens can still be reminded, in heart as well as in mind, of what we hold dear and what we have in common—in short, of what so proudly we hail. We have done so using the gifts of the muses, which, as the Greeks wisely taught, are the daughters of memory. Because the national attachment we seek is both truthful and deep, the stories, speeches, and songs we are commending to your attention show us to ourselves in all our complexity, with our strengths and weaknesses, successes and failures, richly presented for examination and judgment. Some of the stories and speeches in the anthology deal specifically with national holidays, our days of commemoration which not only provide remembrance of things past, but also, at their best, invigorate us in the present by attaching us to thoughts and deeds and sentiments that can and do enrich our lives today and tomorrow.

One among our holidays alone bears the name and the specific call to remembrance: Memorial Day. We have chosen to mark our book’s publication with a discussion of the meaning of Memorial Day, taking off with a famous speech on the subject by Oliver Wendell Holmes Jr. Memorial Day, originally called Decoration Day, is a post-Civil War holiday. It was first instituted by the Grand Army of the Republic, on May 30, 1868, I quote, “for the purpose of strewing with flowers, or otherwise decorating the graves of comrades who died in defense of their country during the late rebellion, and whose bodies now lie in almost every city, village, hamlet, and churchyard in the land.” If the Fourth of July renews the memory of the birth of the nation, Decoration Day renews the memory of those who gave their lives that that nation might live. Or again, in Lincoln’s words, “That this nation shall have a new birth of freedom.” After World War I, Memorial Day was expanded to commemorate the lives of all those who have died in service to our country. In the past decade, hundreds have been added to the roster of those whose lives and service we are summoned today to remember.

But how should we the living best honor these lives and those memories? In what manner and spirit should we remember? Why Memorial Day today? 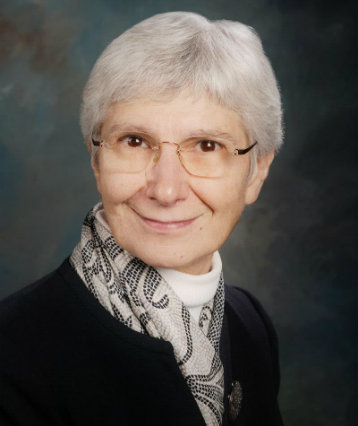