In the almost 60 years since Brown v. Board of Education, the Supreme Court has several times heard a diverse array of cases about the use of race as a factor in admissions to public schools and universities. Some involve preferential treatment for blacks and other minorities (so-called affirmative action), others involve efforts to produce desired racial and ethnic “diversity.” These complicated cases, which unlike Brown have usually been decided by a divided court, have not finally settled when race may, and when it may not, be taken into account in admissions decisions, though one touchstone for these cases is whether it can be shown that there is a compelling state interest in allowing race to play a decisive role. In the present case, Parents Involved in Community Schools v. Seattle School District No. 1, decided in 2007 by a 5–4 vote, the court struck down practices that assigned students to schools on the basis of race and denied that achieving racial balance in a school is a “compelling state interest.” Chief Justice John Roberts (b. 1955; Chief Justice since 2005) wrote the opinion of the court, here excerpted.

What are Roberts’ arguments against racially based student assignment in this case? Is use of race in school placement inherently discriminatory, quite apart from any harm done? Is the state’s showing favor to blacks as suspect under the Fourteenth Amendment—and as racially discriminatory—as was the state’s showing favor to whites? Or does a different understanding of what constitutes a violation of the “equal protection of the laws” apply in cases of affirmative action and Brown’s overthrow of racially segregated school systems? If so, what is it? What is your response to Roberts’ concluding remark: “The way to stop discrimination on the basis of race is to stop discriminating on the basis of race”?

The school districts in these cases voluntarily adopted student assignment plans that rely upon race to determine which public schools certain children may attend. The Seattle school district classifies children as white or nonwhite; the Jefferson County school district as black or “other.” In Seattle, this racial classification is used to allocate slots in oversubscribed high schools. In Jefferson County, it is used to make certain elementary school assignments and to rule on transfer requests. In each case, the school district relies upon an individual student’s race in assigning that student to a particular school, so that the racial balance at the school falls within a predetermined range based on the racial composition of the school district as a whole. Parents of students denied assignment to particular schools under these plans solely because of their race brought suit, contending that allocating children to different public schools on the basis of race violated the Fourteenth Amendment guarantee of equal protection. The Courts of Appeals below upheld the plans. We granted certiorari, and now reverse. . . .

If the need for the racial classifications embraced by the school districts is unclear, even on the districts’ own terms, the costs are undeniable. “[D]istinctions between citizens solely because of their ancestry are by their very nature odious to a free people whose institutions are founded upon the doctrine of equality.” Adarand, 515 U.S., at 214. Government action dividing us by race is inherently suspect because such classifications promote “notions of racial inferiority and lead to a politics of racial hostility,” Croson, supra, at 493, “reinforce the belief, held by too many for too much of our history, that individuals should be judged by the color of their skin,” Shaw v. Reno, 509 U.S. 630, 657 (1993), and “endorse race-based reasoning and the conception of a Nation divided into racial blocs, thus contributing to an escalation of racial hostility and conflict.” Metro Broadcasting, 497 U.S., at 603 (O’Connor, J., dissenting). As the Court explained in Rice v. Cayetano, 528 U.S. 495, 517 (2000) , “[o]ne of the principal reasons race is treated as a forbidden classification is that it demeans the dignity and worth of a person to be judged by ancestry instead of by his or her own merit and essential qualities.”

All this is true enough in the contexts in which these statements were made—government contracting, voting districts, allocation of broadcast licenses, and electing state officers—but when it comes to using race to assign children to schools, history will be heard. In Brown v. Board of Education, 347 U.S. 483 (1954), we held that segregation deprived black children of equal educational opportunities regardless of whether school facilities and other tangible factors were equal, because government classification and separation on grounds of race themselves denoted inferiority. It was not the inequality of the facilities but the fact of legally separating children on the basis of race on which the Court relied to find a constitutional violation in 1954. (“‘The impact [of segregation] is greater when it has the sanction of the law’”). The next Term, we accordingly stated that “full compliance” with Brown I required school districts “to achieve a system of determining admission to the public schools on a nonracial basis.” Brown II, 349 U.S. at 300–301 (emphasis added).

The parties and their amici debate which side is more faithful to the heritage of Brown, but the position of the plaintiffs in Brown was spelled out in their brief and could not have been clearer: “[T]he Fourteenth Amendment prevents states from according differential treatment to American children on the basis of their color or race.” What do the racial classifications at issue here do, if not accord differential treatment on the basis of race? As counsel who appeared before this Court for the plaintiffs in Brown put it: “We have one fundamental contention which we will seek to develop in the course of this argument, and that contention is that no State has any authority under the equal-protection clause of the Fourteenth Amendment to use race as a factor in affording educational opportunities among its citizens.” There is no ambiguity in that statement. And it was that position that prevailed in this Court, which emphasized in its remedial opinion that what was “[a]t stake is the personal interest of the plaintiffs in admission to public schools as soon as practicable on a nondiscriminatory basis,” and what was required was “determining admission to the public schools on a nonracial basis” (emphasis added). What do the racial classifications do in these cases, if not determine admission to a public school on a racial basis?

Before Brown, schoolchildren were told where they could and could not go to school based on the color of their skin. The school districts in these cases have not carried the heavy burden of demonstrating that we should allow this once again—even for very different reasons. For schools that never segregated on the basis of race, such as Seattle, or that have removed the vestiges of past segregation, such as Jefferson County, the way “to achieve a system of determining admission to the public schools on a nonracial basis,” is to stop assigning students on a racial basis. The way to stop discrimination on the basis of race is to stop discriminating on the basis of race.

The judgments of the Courts of Appeals for the Sixth and Ninth Circuits are reversed, and the cases are remanded for further proceedings.

It is so ordered. 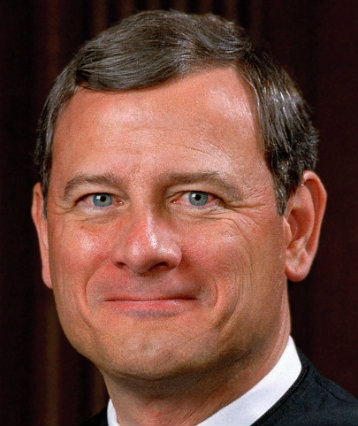