In the wake of the Supreme Court’s 1883 ruling in the Civil Rights Cases, sanctioned and state-enforced segregation became the way of life in large parts of the United States. This little story, written in 1907 by W. E. B. Du Bois (1868–1963), scholar, author, civil rights activist, and cofounder of the National Association for the Advancement of Colored People, reports a first-person encounter with racial discrimination in public accommodations.

Going slowly through the conversation, spell out and evaluate the positions and arguments of each of the interlocutors. Most if not all readers will cheer for the voice of Du Bois. Why? Du Bois denies that he wants social equality, but only food, rest, music, etc. Both of the speakers, in fact, seem to accept the distinction between civil equality and social equality. Can you explain and defend the difference, showing a clear boundary between them? Who is “crazy” in this dialogue? Is it crazy to deny the desirability of social equality? Is it crazy to be for civil integration and social separateness?

It was one o’clock and I was hungry. I walked into a restaurant, seated myself, and reached for the bill of fare. My table companion rose.

“Sir,” said he, “do you wish to force your company on those who do not want you?”

“Are you aware, sir, that this is social equality?”

Nothing of the sort, sir, it is hunger—and I ate.

The day’s work done, I sought the theatre. As I sank into my seat, the lady shrank and squirmed.

I beg pardon, I said.

“Do you enjoy being where you are not wanted?” she asked coldly.

“Well, you are not wanted here”

I was surprised. I fear you are mistaken, I said, I certainly want the music, and I like to think the music wants me to listen to it.

“Usher,” said the lady, “this is social equality.”

“No madame,” said the usher, “it is the second movement of Beethoven’s Fifth Symphony.”

After the theatre, I sought the hotel where I had sent my baggage. The clerk scowled.

I looked around. Such a color scheme requires a great deal of cleaning, I said, but I don’t know that I object.

Then why, I began, but he interrupted.

Neither do I, I replied gently, I want a bed.

I walked thoughtfully to the train. I’ll take a sleeper through Texas. I’m a little bit dissatisfied with this town.

I only want to hire it, said I, for a couple of nights.

“Can’t sell you a sleeper in Texas,” he maintained. “They consider that social equality.”

I call it barbarism, I said, and I think I’ll walk.

Walking, I met another wayfarer, who immediately walked to the other side of the road, where it was muddy. I asked his reason.

“Niggers are dirty,” he said.

So is the mud, said I. Moreover, I am not as dirty as you&mdash;yet.

My grandfather was so called.

“Well then!” he answered triumphantly.

Do you live in the South? I persisted pleasantly.

I should think you and the Negroes should get together and vote out starvation.

We? Why not? I said in surprise.

“Niggers is too ignorant to vote.”

But, I said, I am not so ignorant as you.

Yes, I’m certainly what you mean by that.

“Well then!” he returned, with that curiously inconsequential note of triumph. “Moreover,” he said, “I do not want my sister to marry a nigger.”

I had not seen his sister, so I merely murmured, let her say no.

But—but I don’t want to marry her, I answered, a little perturbed at the personal turn.

“Why not!” he yelled, angrier than ever.

Because I am already married and I rather like my wife.

“Is she a nigger?” he asked suspiciously.

Well, I said again, her grandmother was called that.

“Well, then!” he shouted in that oddly illogical way.

Go on, I said, either you are crazy or I am.

“We both are,” he said as he trotted along in the mud. 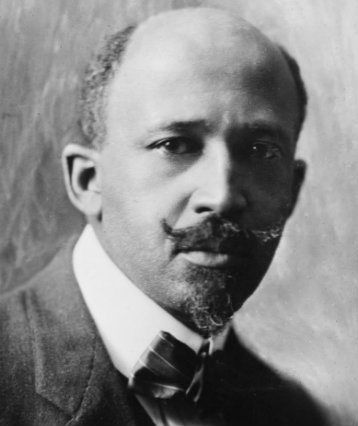