My View of Segregation Laws

This selection, by Booker T. Washington (1865–1915), offers sober (and subtle) arguments against racial segregation in land and housing. Born in slavery, Washington—a celebrated educator, author, orator, statesman, and founder of the Tuskegee Institute—rose to become the most influential black leader at the turn of the 20th century. He sought to heal the racial divide by producing robust and independent black citizens, primarily through the elevating power of basic—practical (or vocational) and moral—education.1

In this article, addressing white readers (The New Republic, 1915) and written when municipal laws prescribing residential segregation were mushrooming in the South, Washington offers multiple arguments against residential segregation. Summarize and assess those arguments. Washington makes an argument against segregation but not for integration. Why? Does this position make sense? Most striking for modern readers, Washington does not argue in the name of equality or ofrights—civil or social—but in terms of the common good: “in the gain or loss of one race, all the rest have equal claim.” Is he right in recommending an approach that stresses the common good, rather than the rights of individuals and races? What do you think Washington would think about a movement for black advancement that flew the banner of “Civil Rights”? Events would soon reveal that Washington was clearly wrong in his favorable assessment of his beloved state of Alabama. Does this failure cast doubt on his preference for thinking mainly in terms of education and common good, rather than of political and civil rights?

1 His critics, among whom W. E. B. Du Bois was one of the most vocal, took umbrage at his seeming indifference to liberal education and his lack of political militancy.

In all of my experience I have never yet found a case where the masses of the people of any given city were interested in the matter of the segregation of white and colored people; that is, there has been no spontaneous demand for segregation ordinances. In certain cities politicians have taken the leadership in introducing such segregation ordinances into city councils, and after making an appeal to racial prejudices have succeeded in securing a backing for ordinances which would segregate the Negro people from their white fellow citizens. After such ordinances have been introduced it is always difficult, in the present state of public opinion in the South to have any considerable body of white people oppose them, because their attitude is likely to be misrepresented as favoring Negroes against white people. They are, in the main, afraid of the stigma, “Negro-lover.”

It is probably useless to discuss the legality of segregation; that is a matter which the courts will finally pass upon. It is reasonably certain, however, that the courts in no section of the country would uphold a case where Negroes sought to segregate white citizens. This is the most convincing argument that segregation is regarded as illegal, when viewed on its merits by the whole body of our white citizens. . . .

I have never viewed except with amusement the sentiment that white people who live next to Negro populations suffer physically, mentally and morally because of their proximity to colored people. Southern white people who have been brought up in this proximity are not inferior to other white people. The President of the United States was born and reared in the South in close contact with black people. Five members of the present Cabinet were born in the South; many of them, I am sure, had black “mammies.” The Speaker of the House of Representatives is a Southern man, the chairman of leading committees in both the United States Senate and the Lower House of Congress are Southern men. Throughout the country today, people occupying the highest positions not only in the government but in education, industry, and science, are persons born in the South in close contact with the Negro.

Attempts at legal segregation are unnecessary for the reason that the matter of residence is one which naturally settles itself. Both colored and whites are likely to select a section of the city where they will be surrounded by congenial neighbors. It is unusual to hear of a colored man attempting to live where he is surrounded by white people or where he is not welcome. Where attempts are being made to segregate the races legally, it should be noted that in the matter of business no attempt is made to keep the white man from placing his grocery store, his dry goods store, or other enterprise right in the heart of a Negro district. This is another searching test which challenges the good faith of segregationists.

It is true that the Negro opposes these attempts to restrain him from residing in certain sections of a city or community. He dos this not because he wants to mix with the white man socially, but because he feels that such laws are unnecessary. The Negro objects to being segregated because it usually means that he will receive inferior accommodations in return of the taxes he pays. If the Negro is segregated, it will probably mean that the sewerage in his part of the city will be inferior; that the streets and sidewalks will be neglected, that the street lighting will be poor; that his section of the city will not be kept in order by the police and other authorities, and that the “undesirables” of other races will be placed near him, thereby making it difficult for him to rear his family in decency. It should always be kept in mind that while the Negro may not be directly a large taxpayer, he does pay large taxes indirectly. In the last analysis, all will agree that the man who pays house rent pays large taxes, for the price paid for the rent includes payment of the taxes on the property.

Right here in Alabama nobody is thinking or talking about land and home segregation. It is rather remarkable that in the very heart of the Black Belt where the black man is almost ignorant the white people should not find him so repulsive as to set him away off to himself. If living side by side is such a menace as some people think, it does seem as if the people who have had the bulk of the race question to handle during the past fifty years would have discovered the danger and adjusted it long ago.

A segregated Negro community is a terrible temptation to many white people. Such a community invariably provides certain types of white men with hiding-places—hiding-places from the law, from decent people of their own race, from their churches and their wives and daughters. In a Negro district in a certain city in the South a house of ill-repute for white men was next door to a Negro denominational school. In another town a similar kind of house is just across the street from the Negro grammar school. In New Orleans the legalized vice section is set in the midst of the Negro section, and near the spot where stood a Negro school and a Negro church, and near the place where the Negro orphanage now operates. Now when a Negro seeks to buy a house in a reputable street he does it not only to get police protection, lights and accommodations, but to remove his children to a locality in which vice is not paraded. . . .

White people who argue for the segregation of the masses of black people forget the tremendous power of objective teaching. To hedge any set of people off in a corner and sally among them now and then with a lecture or a sermon is merely to add misery to degradation. But put the black man where day by day he sees how the white man keeps his lawns, his windows; how he treats his wife and children, and you will do more real helpful teaching than a whole library of lectures and sermons. Moreover, this will help the white man. If he knows that his life is to be taken as a model, that his house, dress, manners, are all to be patterns for someone less fortunate, he will deport himself better than he would otherwise. Practically all the real moral uplift the black people have got from the whites—and this has been great indeed—has come from this observation of the white man’s conduct. The South today is still full of the type of Negro with gentle manners. Where did he get them? From some master or mistress of the same type.

Summarizing the matter in the large, segregation is ill advised because

2. It invites other unjust measures.

3. It will not be productive of good, because practically every thoughtful Negro resents its injustice and doubts its sincerity. Any race adjustment based on injustice finally defeats itself. The Civil War is the best illustration of what results where it is attempted to make wrong right or seem to be right.

5. It is inconsistent. The Negro is segregated from his white neighbor, but white businessmen are not prevented from doing business in Negro neighborhoods.

6. There has been no case of segregation of Negroes in the United States that has not widened the breach between the two races. Wherever a form of segregation exists it will be found that it has been administered in such a way as to embitter the Negro and harm more or less the moral fiber of the white man. That the Negro does not express this constant sense of wrong is no proof that he does not feel it.

It seems to me that the reasons given above, if carefully considered, should serve to prevent further passage of such segregation ordinances as have been adopted in Norfolk, Richmond, Louisville, Baltimore, and one or two cities in South Carolina.

Finally, as I have said in another place, as white and black learn daily to adjust, in a spirit of justice and fair play, those interests which are individual and racial, and to see and feel the importance of those fundamental interests which are common, so will both races grow and prosper. In the long run no individual and no race can succeed which sets itself at war against the common good; for “in the gain or loss of one race, all the rest have equal claim.”1 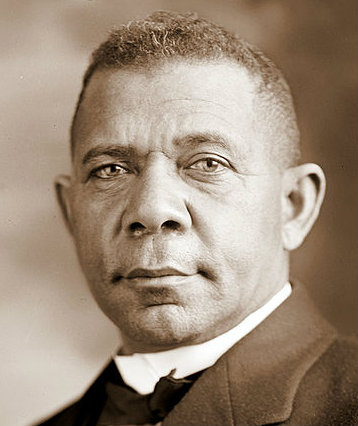