Manuela Williams Crosno (1905­­–97) was an English teacher who spent most of her life as a resident of Las Cruces, New Mexico. Interested in Hispanic-American culture, she set her many short stories, poems, and illustrations in the area surrounding Santa Fe, Albuquerque, and Taos. Many of these works were published in two collections: The Other Side of Nowhere (1988) and Distant Echoes: Tales from the Land of Enchantment (1991).

This story, first published in 1936 in New Mexico magazine, explores the role that hope and fortune play in a worker’s satisfaction. How does the presence of the mysterious chest affect the lives and attitudes of Juan and Rosa? Why does it do so? What exactly is it that now makes them seem young again, happy in their work and in their lives? To generalize the story: Does one’s satisfaction in work or in life depend upon the promise of rich rewards in the future? Or can a belief that one is already fortunate or blessed enable one to enjoy life now and to find satisfaction in one’s work?

There was once a man named Juan Martínez who lived near the mountains, but it was so long ago no one can remember just where he lived. He had a wife named Rosa, a burro whom he called José, and two goats. Rosa had a small flock of chickens. At one time Juan and Rosa had been young and carefree, but now they were quite old.

They lived where the mountains meet the desert and the forest begins. Each day Martínez walked among the trees and gathered small pieces of wood. He loaded these on José’s back. José moved slowly because that is how all burros are.

For many years, Juan and Rosa had lived in a small house, which Juan proudly called their casa. From time to time they had repaired the house with adobe, which they patted on with their bare hands, until now all its sides bulged like buttresses. The roof leaned badly, as if it were trying to shelter its owners.

Juan and Rosa worked hard. In summer, they raised beans and corn to eat through the winter, and chili peppers to season the beans. The red strings of peppers hanging over the roof of their casa in the fall were the only colorful things about it. With the small amount of money Juan received for the firewood he sold, they were able to buy a bit of food—flour for the tortillas and, occasionally, cheese for the enchiladas.

Juan and Rosa seldom saw a living thing—just José, who was not good company, their two goats, the chickens, and a few lizards that darted from their path as they went about their work.

When they were young, they had made great plans for themselves. But trying to produce food from the dry soil had been difficult. Gradually they lost themselves in work and forgot how to laugh or play. Finally, they talked of nothing except their work and completely abandoned their early dreams. They forgot they had ever been happy, and they accepted their monotonous and meager living as a way of life. All they knew was work and more work.

The two people were busy all day long. Juan would be gone for hours, loading old José’s back with wood. The next day, Juan would go to the village, several miles away, to sell the wood. Then he would gather another load of wood, and so on, day in and day out.

For Rosa, each day was the same. She would rise early and milk the two goats. Then, unless there were many rains, she would drive the goats out to eat the grama grass1 that grew meagerly on the desert. She worked hard in the fields, with the goats close by.

Sometimes she baked in the oven, which was like those built by Indians who lived in the pueblos along the river. The round adobe oven looked like a huge beehive sitting on the ground. At one side near the bottom was a small opening, and above it a smaller hole through which smoke escaped. Rosa heated the oven by burning wood in it. Then she removed the hot coals and put in small pieces of dough. When baked, the dough became dark brown and brittle, unlike the tortillas she sometimes baked for special days. When Rosa made tortillas, she used a metate2 to grind the corn, and then flattened and shaped the cakes with her hands. The cakes came out white, with some brown spots. Juan always told Rosa they were the best tortillas he had ever tasted.

One evening Juan came home much later than usual. It had been dark for several hours. Rosa had stood at the window, holding a candle, peering anxiously out into the darkness, looking for a sign of him. When he finally stood in the doorway, she noticed that his clothing was dusty and caked with mud. José stood behind him. Instead of the usual load of wood, a box or chest, about eighteen inches deep and wide and two feet long, was tied across the burro’s sagging back. Together Juan and Rosa removed the box and dragged it inside, for it was very heavy and covered with hard-packed soil.

Juan told Rosa an interesting story. While Juan was gathering wood, José had wandered to the edge of a small arroyo.3 The burro’s weight caused some soil on the side of the arroyo to give way, and José slid to the bottom of the ditch, a distance of a few feet. Juan walked down into the arroyo to get the burro. He saw the box sticking out of the side of the arroyo where the earth had crumbled. All day he dug about it with sticks, only to find it was too heavy for him to lift onto the burro’s back. He dragged the chest along the top of the arroyo to a place where the ditch was deeper than José was tall, and there he lowered it onto the burro’s back and brought it home.

Rosa’s first concern was for Juan. She gave him dry clothing and a bowl of hot chili. Then, they could no longer contain their excitement, and they turned their attention to the box, wondering what it contained. But they could find no place where it might be opened; it had no lock, and its top could not be pried off. The chest was rusty, so they scraped it with knives and even washed its sides in an effort to find a way to open it. They worked very late by the light of the crude candle that Rosa had carefully made. Still, they found no way to open the box, and so they decided to sleep and try again in the morning.

At daybreak, they again tried to open the box. Remembering stories of hidden gold, they were certain the chest was filled with old Spanish coins. Therefore, they did not want anyone to know of their discovery. They had to find a way to open it themselves.

But promises of riches could not keep them from their work. Soon after the first warm glow of sunlight came through their window, habit called them to their usual tasks. They hid the box away under some old blankets and baskets, and, all day, they thought about it and the treasure it contained.

Again they worked late into the night, trying to open the box. They could see small letters carved into the metal-like material, but neither of them had the opportunity to learn to read. Above the letters was a single ornament, standing out from the chest as if for emphasis as well as design.

Juan and Rosa were strangely content now that they thought they were rich. They spent many hours trying to open the chest, and while they were working, a great change came over them. They became happy, and they remained so! Now that they had gold, they did not mind how they appeared. They did not mind that José was old. They could buy many burros with the gold in the chest! They worked uncomplainingly, and they ate their meager food as if it, too, contained great richness.

“Even if we could open the box,” added her husband, “we would be afraid to keep the gold about. We would want to store it someplace. Here it is safely hidden—and we will leave it here as if we had stored it away! We are rich people!”

They put the chest away, hiding it carefully, and walked in lively steps around the room—almost dancing.

Now they felt as they had when they were young, so they began to do many things that were new to them. They did not work so long each day, and yet they seemed to get as much done as before. Juan sang half-remembered phrases of old songs in a shaky treble as he gathered wood. Rosa planted morning glories all around the casa, covering its barrenness. Their blossoms were large and blue and made the old, brown adobe look beautiful! Juan and Rosa kept the goat corral and the chicken pen clean. They even tolerated José and brushed his tattered coat until it was almost shiny.

Happiness, it seemed, came to them in great amounts. Their relatives in the village noticed this change. There was a new freshness in Rosa’s old, wrinkled cheeks, and Juan smiled so often that he seemed younger. Their eyes sparkled with gladness.

“Juan and Rosa are not so old, after all,” said their relatives. One of Juan’s brothers, Pancho, gave them a young burro to replace José. It brought much happiness to Juan. With the new burro, he could gather wood faster than ever and hurry back to his casa and the box containing his treasure. José was left to wander about on the desert and spend his time in idleness.

So the days passed, and Juan and Rosa knew great joy. They had not learned yet how to open the chest, but they thought that some day they would. It seemed not to matter greatly how soon. 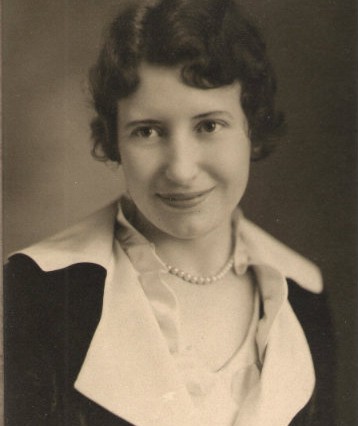