In this letter, written on September 28, 1863, Sarah Josepha Buell Hale takes her campaign on behalf of a national Thanksgiving holiday directly to the President of the United States. Five days later, Abraham Lincoln responded by issuing the presidential proclamation for the first of what has become 150 years of unbroken celebrations of Thanksgiving as an official national American holiday. Hale had been campaigning for this holiday for many years, and, as her letter indicates, she had by the end lined up powerful support for the cause. What does it say about the United States that a private citizen or journalist, dedicated to some worthy cause, can have such influence and prevail in the end? Readers will note that the letter was written at the height of the Civil War, and that several times Hale refers to the proposed holiday as a “Union Festival” or a “Union Thanksgiving.” Why might she be making this presidential appeal in the midst of the Civil War? Why might she hope that her appeal could now be successful? What might a day of national and Union thanksgiving do for the nation, both during and after the conflict? In what mood, and for what blessings, could one give thanks to God during that horrendous war?

Permit me, as Editress of the “Lady’s Book,” to request a few minutes of your precious time, while laying before you a subject of deep interest to myself and—as I trust—even to the President of our Republic, of some importance. This subject is to have the day of our annual Thanksgiving made a National and fixed Union Festival.

You may have observed that, for some years past, there has been an increasing interest felt in our land to have the Thanksgiving held on the same day, in all the States; it now needs National recognition and authoritive [sic] fixation, only, to become permanently, an American custom and institution.

Enclosed are three papers (being printed these are easily read) which will make the idea and its progress clear and show also the popularity of the plan.

For the last fifteen years I have set forth this idea in the “Lady’s Book,” and placed the papers before the Governors of all the States and Territories—also I have sent these to our Ministers abroad, and our Missionaries to the heathen—and commanders in the Navy. From the recipients I have received, uniformly the most kind approval. Two of these letters, one from Governor (now General) Banks and one from Governor Morgan are enclosed; both gentlemen as you will see, have nobly aided to bring about the desired Thanksgiving Union.

But I find there are obstacles not possible to be overcome without legislative aid—that each State should, by statute, make it obligatory on the Governor to appoint the last Thursday of November, annually, as Thanksgiving Day;—or, as this way would require years to be realized, it has ocurred [sic] to me that a proclamation from the President of the United States would be the best, surest and most fitting method of National appointment.

I have written to my friend, Hon. Wm. H. Seward, and requested him to confer with President Lincoln on this subject[.] As the President of the United States has the power of appointments for the District of Columbia and the Territories; also for the Army and Navy and all American citizens abroad who claim protection from the U. S. Flag—could he not, with right as well as duty, issue his proclamation for a Day of National Thanksgiving for all the above classes of persons? And would it not be fitting and patriotic for him to appeal to the Governors of all the States, inviting and commending these to unite in issuing proclamations for the last Thursday in November as the Day of Thanksgiving for the people of each State? Thus the great Union Festival of America would be established.

Now the purpose of this letter is to entreat President Lincoln to put forth his Proclamation, appointing the last Thursday in November (which falls this year on the 26th) as the National Thanksgiving for all those classes of people who are under the National Government particularly, and commending this Union Thanksgiving to each State Executive: thus, by the noble example and action of the President of the United States, the permanency and unity of our Great American Festival of Thanksgiving would be forever secured.

An immediate proclamation would be necessary, so as to reach all the States in season for State appointments, also to anticipate the early appointments by Governors.

Excuse the liberty I have taken 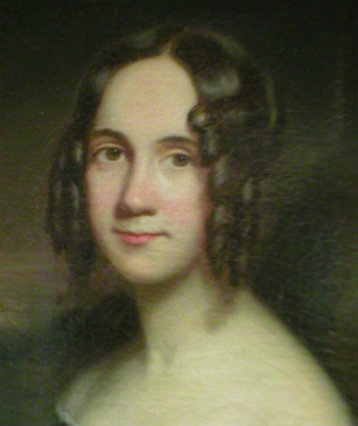