A different appreciation of George Washington, offered in a decidedly different tone, is contained in this letter (December 22, 1799) by Abigail Adams (1744–1818), written to her oldest sister, Mary Cranch (1741–1811). Adams was the wife of John Adams, the first Vice President and, at the time of this letter, the second President of the United States. One of her five children, John Quincy Adams, became the nation’s sixth president. Though not formally educated, Abigail Adams was taught to read and write at home, and took advantage of her family’s large library to become well versed in poetry, philosophy, and politics. When in 1774 John Adams went to Philadelphia to serve as a Massachusetts delegate to the First Continental Congress, she began the still famous lifelong correspondence with him. These letters, like the many additional letters she penned to friends and relations, tell us much about the Revolutionary and Federal eras and about the leading people and contested issues of our fledgling nation.

Here, despite the rift that had occurred between her husband and George Washington during Washington’s presidency, Abigail Adams conveys her enormously high regard for George Washington and what he meant to our country—though she cannot help referring at the end to “a successor filling his place, persueing [sic] the same system which he had adopted, and that in times which have been equally dangerous and Critical.” But Adams emphasizes something that Lee’s eulogy almost makes one forget, namely, that Washington was a human being with human frailties and human sufferings. Is it important that we remember these things about him, and, if so, why? Or is Abigail Adams’ account rather too private a view of the public man, less relevant to assessing the significance of his life for the nation? Is it really desirable that we “humanize” our heroes?

I wrote to you the day after we received the account of the death of Gen’ll Washington. This Event so important to our Country at this period, will be universally deplored. No Man ever lived, more deservedly beloved and Respected. The praise and I may say addulation which followed his administration for several years, never made him forget that he was a Man, subject to the weakness and frailty attached to humane Nature. He never grew giddy, but ever mantaind a modest diffidence of his own talents, and if that was an error, it was of the amiable and engageing kind, tho it might lead sometimes to a want of decisions in some great Emergencys. Possesst of power, posest of an extensive influence, he never used it but for the benifit of his Country. Witness his retirement to private Life when Peace closed the scenes of War; When call’d by the unanimous suffrages of the People to the chief Majestracy of the Nation, he acquitted himself to the satisfaction and applause of all Good Men. When assailed by faction, when reviled by Party, he sufferd with dignity, and Retired from his exalted station with a Character which malice could not wound, nor envy tarnish. If we look through the whole tennor of his Life, History will not produce to us a Parrallel. Heaven has seen fit to take him from us. Our Mourning is sincere, in the midst of which, we ought not to lose sight of the Blessings we have enjoy’d and still partake of, that he was spaired to us, untill he saw a successor filling his place, persueing the same system which he had adopted, and that in times which have been equally dangerous and Critical. It becomes not me to say more upon this Head. 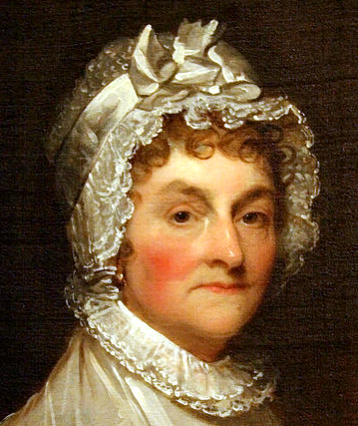