Born on Long Island, New York, Walter “Walt” Whitman (1819–92) worked at various times as a journalist, a teacher, a government clerk, and, during the Civil War, a volunteer nurse in Washington, DC. In his late 20s, Whitman became determined to establish himself as a great poet, and in 1855, self-published his first collection of poems, Leaves of Grass—a work he would continue to edit and revise until his death. This version of “I Hear America Singing,” in which Whitman explores both the individual and collective nature of work, is taken from the 1867 edition of Leaves of Grass; an earlier version appeared in the 1860 edition.

What, according to the poem, is the relation between working and singing? In what sense do we “sing” in our work? To what extent does our work express our individual identity: “Each singing what belongs to him or her and to none else”? What does it mean to suggest that the singing of America comprises the various songs/works of its distinctive individuals? Does America have, in addition, a common “song” or work?

I hear America singing, the varied carols I hear,
Those of mechanics, each one singing his as it should be blithe and strong,
The carpenter singing his as he measures his plank or beam,
The mason singing his as he makes ready for work, or leaves off work,
The boatman singing what belongs to him in his boat, the deckhand
singing on the steamboat deck,
The shoemaker singing as he sits on his bench, the hatter singing as he stands,
The wood-cutter’s song, the ploughboy’s on his way in the morning, or
at noon intermission or at sundown,
The delicious singing of the mother, or of the young wife at work, or of
the girl sewing or washing,
Each singing what belongs to him or her and to none else,
The day what belongs to the day—at night the party of young fellows,
robust, friendly,
Singing with open mouths their strong melodious songs. 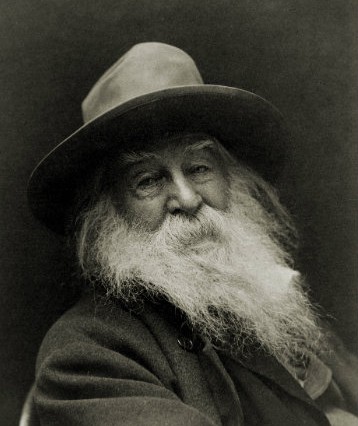