How Can We Save the African-American Race?

Identity and self-conception—who we think we are and what we think of ourselves—matters much, both for personal happiness and for worldly success. The identity of both individuals and groups is determined partly by how we see ourselves, partly by how others see us. This subject has long concerned the American linguist and political commentator, John McWhorter (b. 1965), who has published widely on language and race relations. This excerpted essay is taken from his book, Losing the Race: Self-Sabotage in Black America (2000).

Why does McWhorter believe that “Black America is mired in a detour . . . from the path to the mountaintop that Martin Luther King envisioned”? To what does he attribute the low esteem in which blacks are held—and hold themselves—in modern America? What does he mean by “Victimology,” “Separatism,” and “Anti-intellectualism”? What are their effects on the self-understanding and approach to life of black Americans, and on the perception of blacks by American society? Why does McWhorter say that white racism is no longer the main obstacle to black advancement? What, according to McWhorter, is the second phase of the Civil Rights Movement, and what would it involve—both regarding ends and means?

Black America is currently mired in a detour, intended by neither blacks nor whites, from the path to the mountaintop that Martin Luther King envisioned. Having been taught to cherish victimhood over action and essentialism over universalism, a great many people of the second black generation after the Civil Rights Movement are being hindered in continuing the struggle our ancestors initiated on our behalf.

Indeed, it is Victimology, Separatism, and Anti-intellectualism that make it a stretch for whites to think of that suburban black corporate manager as a representative “American” even three decades after the Civil Rights Act of 1964, even though there are millions of black managers, and even though in general most black people are not poor. Surely, remnants of racism contribute to this state of affairs. However, today, the ideology that so many black Americans have been steeped in contributes much more to this sense of “black” as “different” and, most importantly, “less.” Victimology, the tendency to exaggerate the degree of black oppression regardless of progress, has understandable roots in the Civil Rights Movement freeing a group with a battered self-image. But white people are no more prone than black people (or any others) to dutifully frame all present-tense experience through a fine historical lens. As such, to the younger white person who never knew segregated America, watching middle-class black people depicting themselves as partners with Kosovar Albanians in victimhood because they are occasionally bypassed by a taxi in Manhattan or trailed by a salesclerk looks like paranoia. Separatism starts as a healthy reclamation of identity and is then distorted by Victimology into what is felt to be a necessary battle posture, but to modern white eyes, Separatism is parochial. Anti-intellectualism has been such an inevitable development of Separatism in black America that its failure to shackle the race would be nothing less than surprising, but just as inevitably, to any outsider it can only look like mental inferiority.

Paranoid, parochial, and dumb: This is how much of white America perceives us on some level. It is not our fault, and it is absolutely unacceptable. In fact, it was indignation at this perception that led me to write this book. However, the reason they believe this is no longer, in any meaningful sense, good old-fashioned racism—the terrain has changed profoundly since the 1960s. I sincerely and regretfully believe that at this complex juncture in American history, black America has unintentionally become as much a cause of this as the racism that led whites to drag us to these shores and treat us as animals for 350 years. Sure, “They started it.” Not only did they bring us here as slaves, but they also kept it going—most ironically—by finally seeing the light and letting us free!

As direct consequences of the abrupt unshackling of a crippled race, Victimology, Separatism, and Anti-intellectualism are a person with his eyes sealed shut still pawing frantically at the air long after his attacker has laid off, driven to frenzy by massive assault. But thank God the attacker did let up. And the unjust fact is that once he has, he walks on unharmed, while it is up to us to stand up, rub our eyes, brush ourselves off, and walk on to do the best work and lead the best lives we can. We do ourselves no favor by collapsing again to the ground, shutting our eyes, and pawing at the air some more for the absolution of letting everyone know what the attacker did, and certainly not by deciding that we are to live our lives in that position as a remembrance of history. Sure, every now and then the attacker is going to traipse back and pop us on the back of the head. But we can take it, can’t we? Take one look at the classic picture of a slave ship in cross-section and that question is answered.

In the meantime, to continue swiping madly at the air and indignantly insisting that this is one’s right in view of an attack that recedes increasingly into the past makes one look not fearsome, but pathetic, a lesser person. In that light, certainly the last thing the African-American race ought to do after having coming so far is to nurture the very racism that kept us in chains for 350 years. Yet this is what I fear has become the case.

Common wisdom frames black children of all classes as living under the risk of the depredations of racism, enjoying a brief window of childhood innocence before becoming aware of their status as second-class citizens. I find myself seeing black children as living under a concurrent risk, that of being stunted in their ability to make the best of themselves as they are shepherded into a conviction that regardless of outward appearances, they inhabit a fundamentally hostile, alien nation.

There are two black boys who play in the yard behind my apartment. To describe anyone living in this building as “struggling blue collar” would be a stretch by any standard. But I wonder how long it will be before they learn the gospel—that most black people are poor, that white people are generally not to be trusted out of earshot, that school is an inherently “white” endeavor that they ought to dwell in only for utilitarian reasons. The torch is being passed on independently of external conditions. We cannot let this happen.

I find it sadly unlikely that dialogue, along the lines of Bill Clinton’s “National Dialogue on Race,” will be of any significant use. The hold of the three currents in thought is so strong that it conditions an assumption among most blacks in power that such a dialogue can only be occasion for reminding whites that they are racists, and among most whites that their only acceptable participation is to agree.

Indeed, one is forced to conclude that a great many of today’s black leaders are unamenable to any meaningful dialogue on race. A disproportionately influential contingent will maintain to their dying day that most black Americans are poor, that there is a racist at the heart of all whites, and that because of these things, regardless of class or opportunity, no black American is to be held to mainstream standards of morality or academic achievement. There are now roughly two generations of African Americans caught in these thought patterns—those who came of age as the Civil Rights Movement dawned, and now a whole subsequent generation who have spent their lifetimes in a climate which encourages victimhood as an identity rather than as a problem.

This frame of mind is so deeply rooted in these people’s very souls that to let it go would entail a massive sociopsychological dislocation few human beings are capable of or willing to endure. There are many African-American leaders and thinkers who are fighting the good fight, watching our backs and chronicling the remnants of racism while acknowledging progress and refusing to settle for allowing the race to be represented by fruitless melodramatics. Examples include economist Glenn Loury, New York Times columnist Bob Herbert, Atlanta Constitution columnist Cynthia Tucker, law professor Randall Kennedy, and essaying Stanley Crouch. These people are often dismissed as sell-outs by many who mistake as Doing the Right Thing figures such as Derrick Bell, June Jordan, Manning Marable, Ralph Wiley, Lani Guinier, Maxine Waters, Al Sharpton, and Carl Rowan.1 Yet while the emergence of this kind of person served a purpose in getting blacks in the door and to the table, ironically, this type is now the main agent in keeping blacks from ever getting up from the table and moving on. Maybe it had to be this way. However, what this means is that we cannot look to them to get us out of these holding patterns. The key is what kind of America we set up for the generations of black people to come, and it would be truly unfortunate if that were an America where people of this frame of mind continued to dominate the political and intellectual leadership of the race.

I have two suggestions that I think will get us back on the only track worthy of this, or any other race, which is progress. Both entail that America enter upon what can be regarded as the second phase of the Civil Rights Movement. The first phase is to level the proverbial playing field. This job is nearly accomplished. The second phase is for us to get out there and play, and in order for that to be worthwhile, or even possible, then we must be treated as equals, and we must allow ourselves to be treated as equals.

It seems to be assumed that this was a fait accompli once the playing field was leveled. But black American history was run through with too epic an injustice for this alone to accomplish our goal. There remains work no less intimidating, but no less imperative, than that which we have already done.

1 Derrick Albert Bell Jr. (1930–2011), the first tenured African American Professor of Law at Harvard Law School and one of the originators of critical race theory; June Jordan (1936–2002),  a Caribbean-American writer and activist; William Manning Marable (1950–2011), a professor of African American Studies at Columbia University and author of a biography of Malcolm X; Ralph Wiley (1952–2004), a journalist and sportswriter; Lani Guinier (b. 1950), an American lawyer and civil rights activist; Maxine Waters (b. 1938), US Representative for California’s 43rd congressional district; Al Sharpton (b. 1954), Baptist minister, activist, and television/radio talk show host; and Carl Rowan (1925–2000), an op-ed columnist for the Washington Post and the Chicago Sun-Times. Return to text.
McWhorter, John H. “How Can We Save the African-American Race?” From Losing the Race: Self-Sabotage in Black America. New York: Free Press, 2000, 212–15. Copyright © 2000 by John McWhorter. Used by permission of the author. 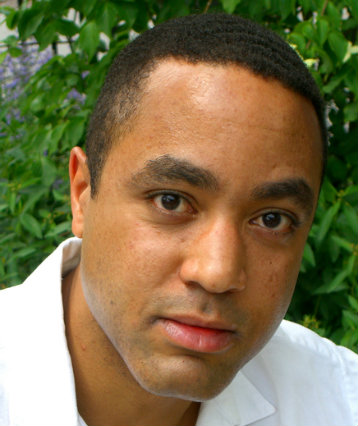