Excitement at the News of the Discovery

Published in 1892, John Fiske’s two-volume account of The Discovery of America was, according to the author, a continuation of his interest in the evolution of man and societies—and, specifically, his study of the contact between civilizations. Born Edmund Fiske Green (1842–1901), Fiske pursued these themes as a historian and lecturer in philosophy at Harvard College and elsewhere, writing many books about the subject: Myths and Myth Makers (1872), Outlines of Cosmic Philosophy (1874), Darwinism and Other Essays (1876), and Through Nature to God (1899), among many others.

As Fiske points out, everyone, beginning with Columbus himself, was mistaken about the place at which he had landed, believing that he had indeed reached the Asia as he had hoped. Does this ignorance influence your judgment of Columbus’ deed? Were you Columbus, would you have been sorry to discover that you had been mistaken? How would you compare the riches sought from the East with the undeveloped land at which Columbus arrived? Why does Fiske say that there can never again be a deed as great as Columbus’? Has it proved to be true that “No worlds are left for a future Columbus to conquer”?

It was generally assumed without question that the Admiral’s theory of his discovery must be correct, that the coast of Cuba must be the eastern extremity of China, that the coast of Hispaniola must be the northern extremity of Cipango, and that a direct route—much shorter than that which Portugal had so long been seeking—had now been found to those lands of illimitable wealth described by Marco Polo. To be sure, Columbus had not as yet seen the evidences of this oriental splendor, and had been puzzled at not finding them, but he felt confident that he had come very near them and would come full upon them in a second voyage. There was nobody who knew enough to refute these opinions, and really why should not this great geographer, who had accomplished so much already which people had scouted as impossible,—why should he not know what he was about? It was easy enough now to get men and money for the second voyage. When the Admiral sailed from Cadiz on September 25, 1493, it was with seventeen ships, carrying 1,500 men. Their dreams were of the marble palaces of Quinsay, of isles of spices, and the treasures of Prester John. The sovereigns wept for joy as they thought that such untold riches were vouchsafed them by the special decree of Heaven, as a reward for having overcome the Moors at Granada and banished the Jews from Spain. Columbus shared these views, and regarded himself as a special instrument for executing the divine decrees. He renewed his vow to rescue the Holy Sepulcher,1 promising within the next seven years to equip at his own expense a crusading army of 50,000 foot and 4,000 horse; within five years thereafter he would follow this with a second army of like dimensions.

Thus nobody had the faintest suspicion of what had been done. In the famous letter to Santangel2 there is of course not a word about a new world. The grandeur of the achievement was quite beyond the ken of the generation that witnessed it. For we have since come to learn that in 1492 the contact between the eastern and the western halves of our planet was first really begun, and the two streams of human life which had flowed on for countless ages apart were thenceforth to mingle together. The first voyage of Columbus is thus a unique event in the history of mankind. Nothing like it was ever done before, and nothing like it can ever be done again. No worlds are left for a future Columbus to conquer. The era of which this great Italian mariner was the most illustrious representative has closed forever.

1 The Church of the Holy Sepulcher, also called the Basilica of the Holy Sepulcher, or the Church of the Resurrection by Eastern Christians, is a church within the Christian Quarter of the walled Old City of Jerusalem. The site is venerated as Golgotha (the Hill of Calvary), where Jesus was crucified, and is said also to contain the place where Jesus was buried (the Sepulcher). In Columbus' day, the Muslims controlled Jerusalem. Return to text.
2 A finance minister to Ferdinand II who made the case to Isabella I in favor of Christopher Columbus' voyage in 1492. Return to text. 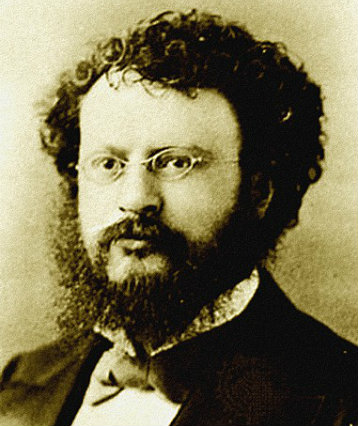