In his memoir, With the Old Breed: At Peleliu and Okinawa (1981), Eugene Bondurant Sledge (1923<–2001), a United States Marine and afterwards a professor of biology, provides a first-hand account of his combat experiences in the Pacific theater during World War II.1 In this selection, excerpted from Chapter 6, Sledge reports and reflects on his own first combat experience with Marine unit K/3/5 (Company K, Third Battalion, Fifth Marine Division), from the time it was called to the front during the final successful assault against the Japanese positions on Peleliu to the time they left the island.2 His unit fought against the Umurbrogol Ridge pocket, “an area about 400 yards by 1,200 yards in the ruggedest, worst part of the ridges.”

In a footnote to the beginning of the account, Sledge compares the distinctness of his memory of the “events of horror and death and violence” at Peleliu to a “long nightmare where specific events are recalled vividly the next day.” He records also his “sensation”—both back then and as he writes—that “time and duration have absolutely no meaning in relation to those events.” In light of what you read here, can you explain what he means and why he says this? How does the experience described by Sledge compare with that reported by Stephen Ambrose? How does the difference in terrain and in behavior of the enemy affect the experience of Sledge and his fellow Marines?

Imagining yourself in Sledge’s position, experiencing the nightmarish sights, smells, and sounds of the assault, feeling the emotional strains, and witnessing the barbaric atrocities, can you understand his attitude toward “the eloquent phrases of politicians and newsmen about how ‘gallant’ it is for a man to ‘shed his blood for his country’”? Can you understand why he and his comrades “lost” their “sensibilities,” or how they came to hate the enemy? Can you understand why he claims “None of us would ever be the same after what we endured”? And, at the same time, can you understand the positive things he claims at the end to have learned from the experience? Are those positive things redemptive?

1 This memoir was subsequently used as a source by Ken Burns for his PBS documentary, The War, as well as in the HBO miniseries on The Pacific.
2 Peleliu is one of the islands in the island nation of Palau, east of the Philippines. The causalities on Peleliu were huge. The First Marine Division was shattered, losing over 6,500 men (1,252 dead; 5,274 wounded). Out of Sledge’s unit (K/3/5) of 235 men, only 85 left unhurt. Fighting almost to the last man, nearly 11,000 Japanese soldiers died, and among the 302 who became prisoners, there were only seven soldiers and 12 sailors.

“OK, you people, stand by to draw rations and ammo. The battalion is going to reinforce the 7th Marines in the ridges.” We received the unwelcome but inevitable news with fatalistic resignation as we squared away our weapons and gear. Our information had the casualty figure of the 7th Marines rapidly approaching that of the 1st Marines. And our own regimental strength wasn’t much better than that of the 7th. All of Peleliu except the central ridges was now in our hands. The enemy held out in the Umurbrogol Pocket, an area about 400 yards by 1,200 yards in the ruggedest, worst part of the ridges.

Read the rest of the account in With the Old Breed. 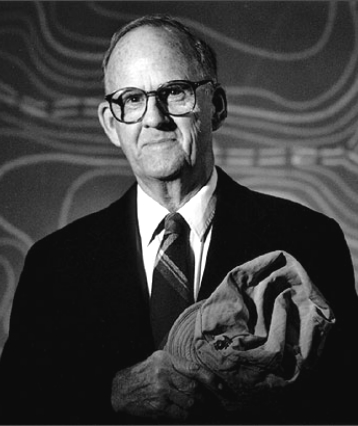