A Frenchman’s Estimate of Washington in 1781

By the end of the Revolutionary War, Washington’s reputation for greatness had spread far and wide, gaining the admiration of many Europeans, especially among the French. One such admirer, the Abbé Claude C. Robin (1750–94), was for a time during the American Revolution a chaplain (recommended by Benjamin Franklin) in the French army in America (serving under General Rochambeau). This letter bears the place and date “Camp of Phillipsburg, August 4, 1781,” a few weeks after his arrival in this country and shortly before the battle of Yorktown, where Robin witnessed Cornwallis’ final surrender to Washington. The letter was the first of a series of 13 letters written by the Abbé while he was in America, all of which were first published in Paris in 1782, and then translated and published in Philadelphia in 1783, with the title “New Travels through North America, in a series of letters exhibiting the victorious campaign of the allied armies under his Excellency Gen. Washington, and the Count de Rochambeau, in the year 1781.” The letter is of special interest because of its view of the relation between Washington and his fellow countrymen.

With what attitude does Robin approach Washington, and what does he hope to see in his personal appearance? How does he actually describe Washington? What does he mean by suggesting that Washington “may now grasp at the most unbounded power, without provoking envy or exciting suspicion”? What is Robin’s view of the American people, and of their relation to their godlike hero? Do we Americans today like heroes? Need heroes? Of what sort, and for what purposes? Can our dead heroes—like George Washington—still meet that need and serve those purposes? How would you describe our—your own—relation to Washington?

I have seen General Washington, that most singular man—the soul and support of one of the greatest revolutions that has ever happened, or can happen. I fixed my eyes upon him with that keen attention which the sight of a great man always inspires. We naturally entertain a secret hope of discovering in the features of such illustrious persons some traces of that genius which distinguishes them from, and elevates them above, their fellow mortals.

Perhaps the exterior of no man was better calculated to gratify these expectations than that of General Washington. He is of a tall and noble stature, well proportioned, a fine, cheerful, open countenance, a simple and modest carriage; and his whole mien has something in it that interests the French, the Americans, and even enemies themselves, in his favor. Placed in a military view, at the head of a nation where each individual has a share in the supreme legislative authority, and where coercive laws are yet in a degree destitute of vigor, where the climate and manners can add but little to their energy, where the spirit of party, private interest, slowness and national indolence, slacken, suspend, and overthrow the best concerted measures; although so situated he has found out a method of keeping his troops in the most absolute subordination; making them rivals in praising him; fearing him when he is silent, and retaining their full confidence in him after defeats and disgrace. His reputation has, at length, arisen to a most brilliant height; and he may now grasp at the most unbounded power, without provoking envy or exciting suspicion. He has ever shown himself superior to fortune, and in the most trying adversity has discovered resources until then unknown: and, as if his abilities only increased and dilated at the prospect of difficulty, he is never better supplied than when he seems destitute of everything, nor have his arms ever been so fatal to his enemies, as at the very instant when they thought they had crushed him forever. It is his to excite a spirit of heroism and enthusiasm in a people who are by nature very little susceptible of it; to gain over the respect and homage of those whose interest it is to refuse it, and to execute his plans and projects by means unknown even to those who are his instruments; he is intrepid in dangers, yet never seeks them but when the good of his country demands it, preferring rather to temporize and act upon the defensive, because he knows such a mode of conduct best suits the genius and circumstances of the nation, and all that he and they have to expect, depends upon time, fortitude, and patience; he is frugal and sober in regard to himself, but profuse in the public cause; like Peter the Great, he has by defeats conducted his army to victory; and like Fabius, but with fewer resources and more difficulty, he has conquered without fighting, and saved his country.1

Such are the ideas that arise in the mind at the sight of this great man, in examining the events in which he had a share, or in listening to those whose duty obliges them to be near his person, and consequently best display his character. In all these extensive States they consider him in the light of a beneficent god, dispensing peace and happiness around him. Old men, women, and children press about him when he accidentally passes along, and think themselves happy, once in their lives, to have seen him—they follow him through the towns with torches, and celebrate his arrival by public illuminations. The Americans, that cool and sedate people, who in the midst of their most trying difficulties, have attended only to the directions and impulses of plain method and common sense, are roused, animated, and inflamed at the very mention of his name: and the first songs that sentiment or gratitude has dictated, have been to celebrate General Washington. 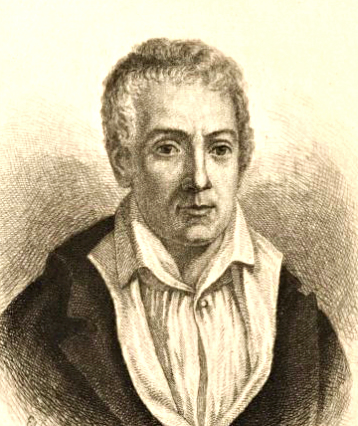