Lincoln and the Constitution:

Abraham Lincoln and the Gettysburg Address

This discussion guide and its related videos were created in conjunction with the AEI Program on American Citizenship, with support from The Lynde and Harry Bradley Foundation. Materials Included | Begin by reading Abraham Lincoln’s Gettysburg Address on our site or in your copy of What So Proudly We Hail. Materials for this guide include background information about Lincoln and discussion questions to enhance your understanding and stimulate conversation. In addition, the guide includes a series of short video conversations between WSPWH editors Diana Schaub and Leon Kass. These seminars help capture the experience of high-level discourse as participants interact and elicit meaning from a classic American text. These videos are meant to raise additional questions and augment discussion, not replace it. Learning Objectives | Students will be able to: Common Core State Standards Addressed | Literacy in History/Social Studies:

The sixteenth president of the United States, Abraham Lincoln (1809–65) was born in Kentucky and studied law in Illinois, earning the nickname “Honest Abe” for his upright moral character. In 1858, he ran for US Senate against Stephen A. Douglas, catapulting him to national fame even though he lost the race. He was elected to the presidency in 1860, just before the Civil War began. Lincoln did not accept the secession of the Confederacy, declaring the states to be in a state of rebellion. Assassinated in 1865, Lincoln would be remembered as a great wartime leader who was deeply devoted to maintaining the national union. His Gettysburg Address of 1863 is one of the most quoted speeches in American history. 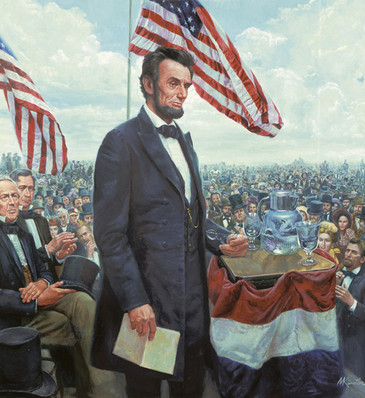 The Battle of Gettysburg, a turning point in the Civil War, was fought from July 1-3, 1863. This battle was significant for many reasons: First, it was a turning point in the war, shifting the momentum back to the North, as they were victorious in this battle. Second, Gettysburg, PA was the furthest north that the Confederate Army had been able to reach during the war. Third, the losses suffered during this battle greatly affected the rest of the war; General Lee was never able to launch another major offensive. In just two days, 5,300 Union soldiers were killed with another 17,000 wounded and 27,000 Confederate soldiers were killed or wounded. President Lincoln delivered the Gettysburg Address on November 19, 1863, at the dedication of a Union cemetery at Gettysburg. Lincoln delivered this brief ten-sentence speech in the midst of a civil war whose deepest cause was the institution of slavery, and it was in this address that he gave his most famous defense of equality. Lincoln’s remarks were preceded by a two-hour-long oration by Edward Everett, a well-known speaker who had represented Massachusetts in the U.S. Senate and House of Representatives. To understand the significance of the Gettysburg Address, we need to go beyond the noting and remembering that Lincoln modestly said would not happen. We want to understand what he accomplished and how he did it. That requires very close attention to his words and thoughts.

Before we start to examine the structure and substance of the speech, perhaps we should begin with the setting and circumstances. The three-day battle of Gettysburg took place at the beginning of July 1863. It was a Union victory (with the Confederates fleeing the field on July 4), and in retrospect we know that it was a turning point of the war, though that was not so evident at the time. The casualties were like those of so many Civil War battles: staggering beyond belief—51,000 American dead and wounded in three days. We know that the invitation to President Lincoln occurred at a late stage in the planning. He was asked by the organizers to “formally set apart these grounds to their Sacred use by a few appropriate remarks.” Lincoln kept to his assignment in that his remarks were short, very short—only ten sentences long in fact.
A. Purpose and Structure of the Speech

1. How did Lincoln come to be in the town of Gettysburg on November 19, 1863, and what role was he expected to play in the events of that day?

2. What is Lincoln’s official purpose? How does he fulfill that purpose in the address?

3. Is Lincoln’s address best described as an elegy (i.e., a funeral oration)? A victory speech marking a great battle won? How does it fit those genres, and how is it different?

5. Is there a structure to the speech? Why do you think Lincoln has divided the address into three paragraphs?

WATCH: The Setting for the Gettysburg Address

B. The First Paragraph

1. Lincoln begins his address with the words “four score and seven years ago.” He could have said “87 years ago” or “in 1776.” Why does he begin his address this way? What sort of language is this, and why might Lincoln have used it?

3. Who are “our fathers”? Why does Lincoln invoke them?

4. Two features of the new nation are emphasized: liberty and equality. Each is linked to the dominant metaphor of birth. Why does Lincoln use this metaphor to describe the founding of America? Why does he not use plainer terms like “revolution” or “war of independence?”

5. What does it mean to be “conceived in Liberty”? Note that of the handful of common nouns that appear mid-sentence throughout the speech, this is the only one Lincoln capitalized.

6. In the Declaration of Independence, human equality is called a “self-evident truth.” Do you see any significance in the fact that Lincoln refers to equality as a proposition to which the nation is dedicated? How is the Civil War a test of that proposition?

WATCH: Dedicated to the proposition that all men are created equal

1. In his second paragraph, Lincoln shifts to the present moment, saying “Now we are engaged in a great civil war,” he describes that war as a test. What is being tested?

2. For what purpose has Lincoln’s audience gathered at Gettysburg? What does Lincoln say about that purpose?

1. At the beginning of the third paragraph, something very strange happens. The turn in the argument is signaled by the word “but.” Resort to “but” always indicates that the speaker is seriously qualifying what he has just said. What is Lincoln retracting in this third and final paragraph or to what is he redirecting the attention of his audience?

3. Lincoln’s two final sentences, and especially the very long last one, explain what the living ought to do instead of tarrying amidst the graves. They should “rather” (a word he repeats twice)—they should “rather” be “dedicated . . . to the unfinished work” and “the great task remaining.” What does he mean: seeing the war through to victory, or victory plus something more?

3. What was “that cause for which they gave the last full measure of devotion?” Do you think all of the soldiers who died fighting at Gettysburg were fighting for the same cause? Why or why not?

4. As his very long final sentence unfolds, Lincoln urges his listeners beyond “dedication” to “devotion” and finally “resolve.” What three resolutions does Lincoln ask of his listeners (“that these dead shall not have died in vain—that this nation, under God, shall have a new birth of freedom—and that government of the people, by the people, for the people, shall not perish from the earth”)? What do you make of each of these resolutions?

5. What of the central resolution, the “shall” rather than the “shall not”: “that we here highly resolve . . . that this nation, under God, shall have a new birth of freedom.” What does this phrase mean? How does it relate to the description of the new nation in the opening paragraph, where the nation was said to have been “conceived in Liberty”?

6. In closing, we shouldn’t overlook the presence of the phrase “under God.” What do you make of the fact that the new birth of freedom is to take place under the superintendence of God? 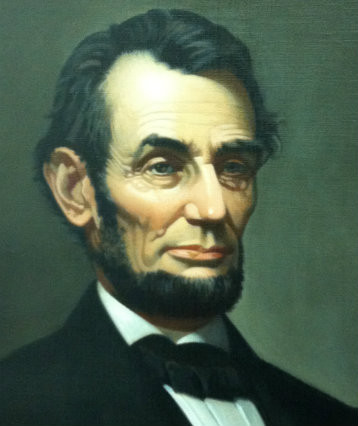 As we have seen, the Gettysburg Address honors the Union dead in the battle that marked a turning point in the war against Southern rebellion. It was also a summons to the living to prosecute to victorious conclusion a war that, despite the victory at Gettysburg, was not going well enough: “the great task remaining before us” is, first and foremost, the winning of the war. In this section, we will reflect on Lincoln’s reinterpretation of the American Founding, his understanding of the war as a test of that Founding, and his own characterization of this nation now being reborn through passing that bloody test.
A. Liberty and Equality

1. What does Lincoln mean by equality?

2. What is the difference between “holding” equality as a “self-evident truth,” as we do in the creed enunciated in the Declaration of Independence, and regarding it as a “proposition” to which we are dedicated?

3. How does Lincoln understand the relationship between equality and freedom in America?

4. What is the connection among freedom, equality, and government of, by, and for the people?

1. What does Lincoln mean by the phrase “a new birth of freedom”? How does it relate to the description of the new nation in the opening paragraph, where we were said to have been “conceived in Liberty”?

3. Is Abraham Lincoln re-founding the nation in this moment?

4. Lincoln had long been concerned with threats to the perpetuation of the republic. The perpetuation of our political institutions had been the theme of his first great speech, the Lyceum Address, delivered a full quarter of a century earlier, when Lincoln was a young man of 29. Do you see links between the Lyceum Address and the Gettysburg Address?

1. The Gettysburg Address is more than a famous American speech; it is one of the world’s most treasured speeches. Why is that? What does Lincoln accomplish in the brief space of 272 words?

2. Lincoln depreciates the power of words in this speech, arguing that deeds are more important than words. Given the subsequent fame of the speech, students often find it ironic that Lincoln would say “The world will little note, nor long remember what we say here, but it can never forget what they did here.” What do you make of that line? Was Lincoln’s modesty sincere? 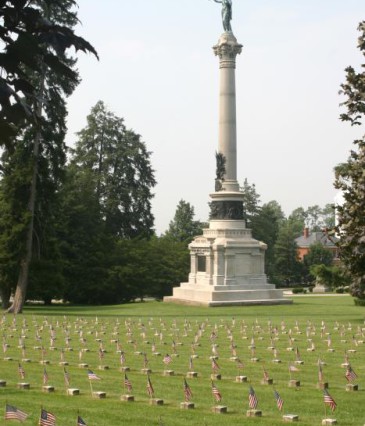